A Look Back at 50 Years of Carolina Country

For those of you keeping track, 2019 marks the 51st volume of Carolina Country, meaning we’ve enjoyed five decades of being welcomed into the homes and businesses of electric co-op members across North Carolina. Although we got our start as Carolina Farmer way back in June 1946, it was in 1969 that our publication debuted a new name, and a renewed dedication to covering the people and places that make us all proud to call Carolina country home. 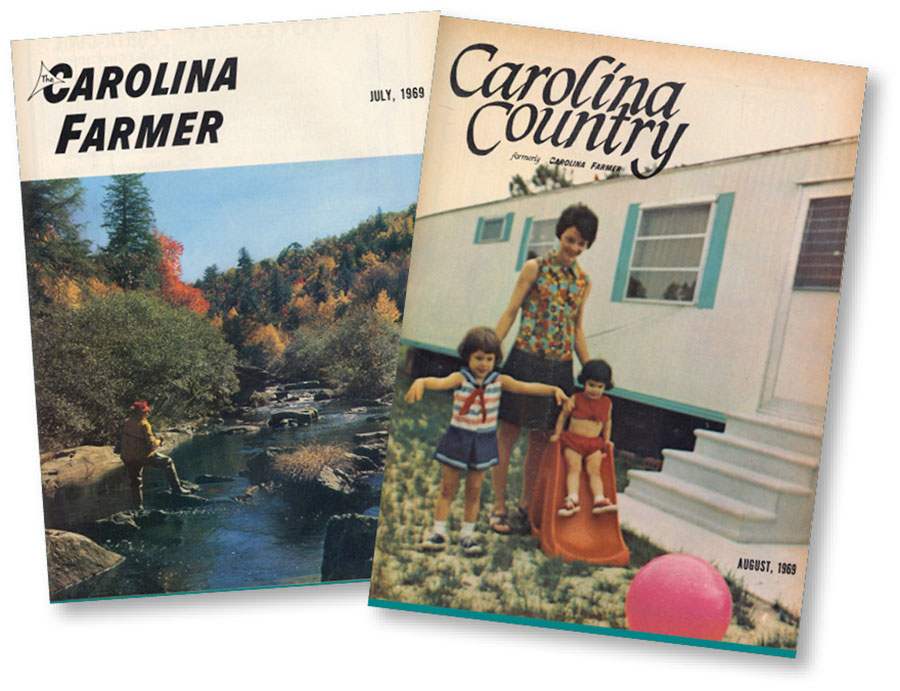 1969: From Carolina Farmer to Carolina Country

It also features a free pattern for a ladies’ “Evening Cape” and a simple recipe for “Fruit Cocktail Pie.” 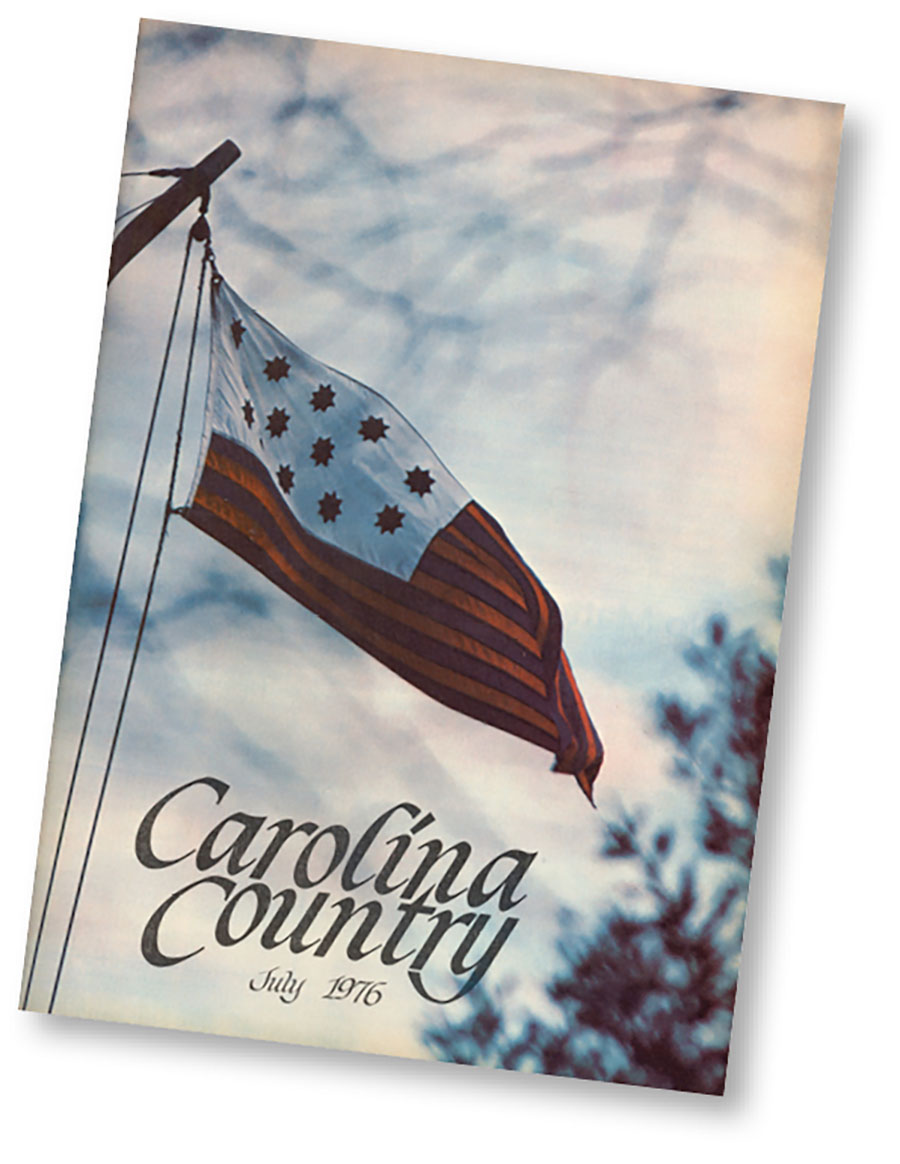 A Bicentennial Special Issue includes articles on New Bern and its place in Revolutionary history, 200 years of fashion, and what farm families did for fun in our nation’s infancy (log-rollin’, stump-pullin’ and barn raisin’, to name a few).

The year marks the 100th anniversary of Thomas Edison’s invention of the electric lightbulb (first manufactured and marketed in 1880): “an event symbolic of the inventiveness of man, the promise of research and the importance of energy.” 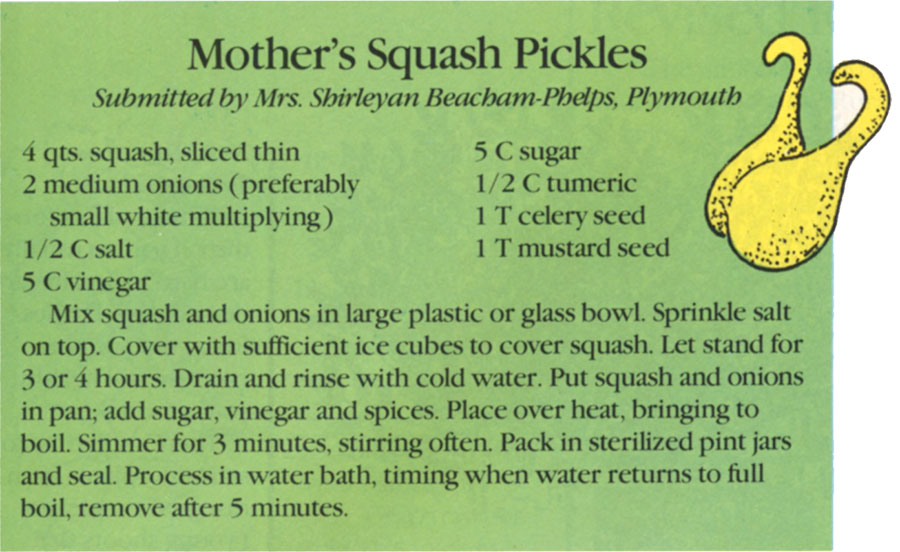 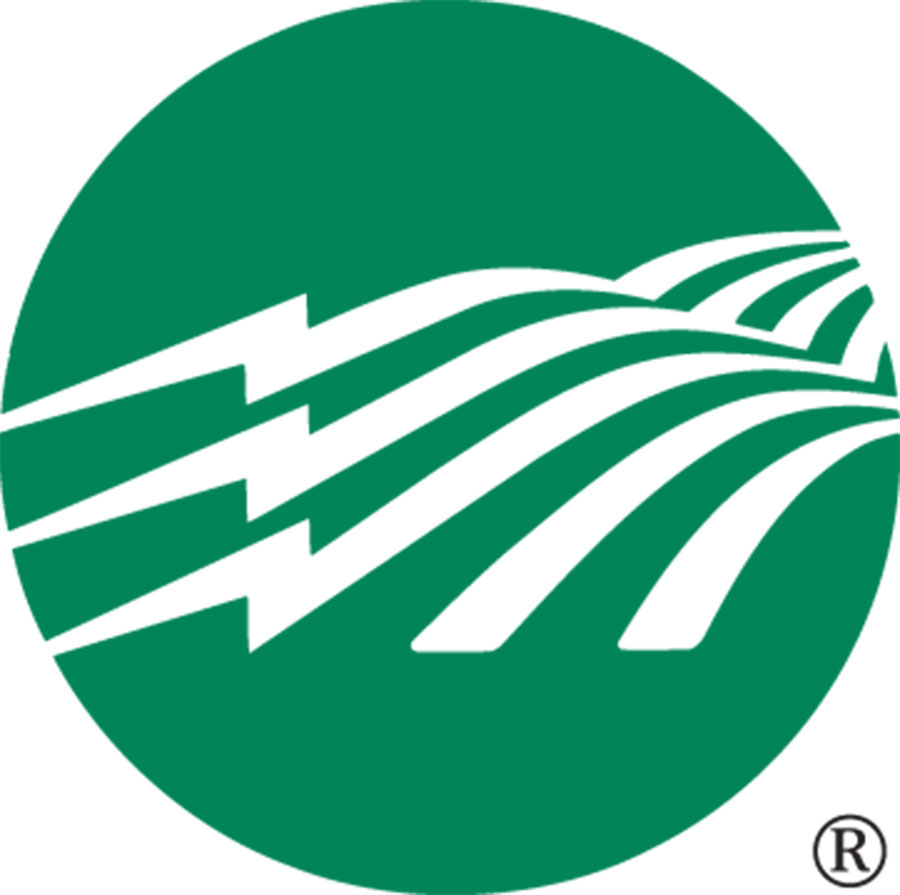 Debut of a brand icon

A new logo is launched: “Electric cooperatives across North Carolina and across the country are moving quietly to establish a new standard symbol representing all elements of rural electrification.” 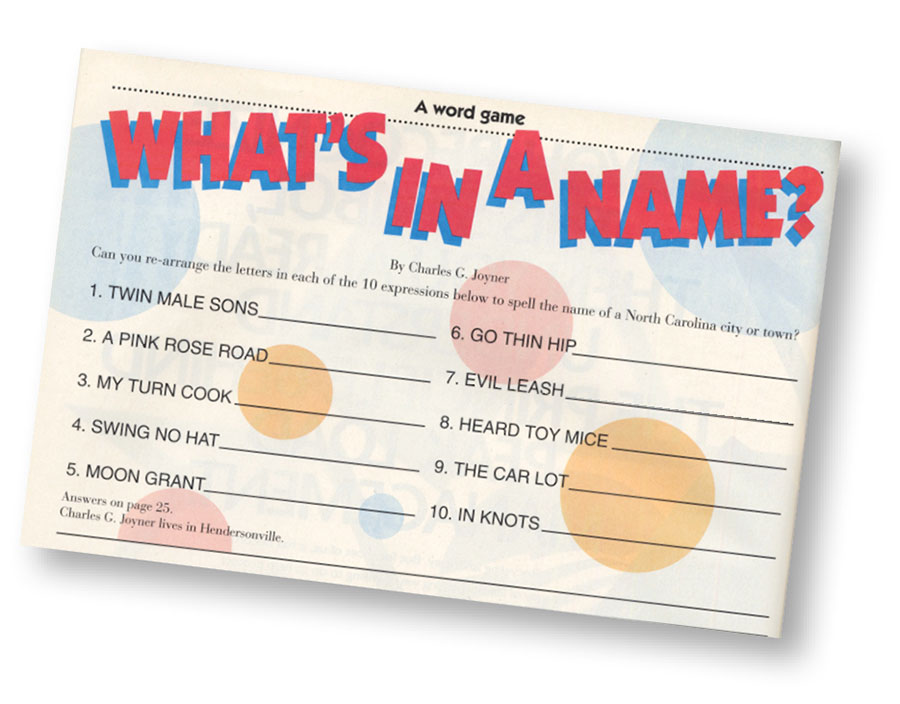 Puzzle master Charles Joyner, who many readers knew from “Joyner’s Corner,” first stumps readers with a word scramble. Charles retired from puzzling in January 2017. Try one of his first puzzles: Unscramble “SWING NO HAT” into the name of an NC town.

The June cover story introduces readers to electric vehicles, one powered by solar panels covering the hood and trunk. 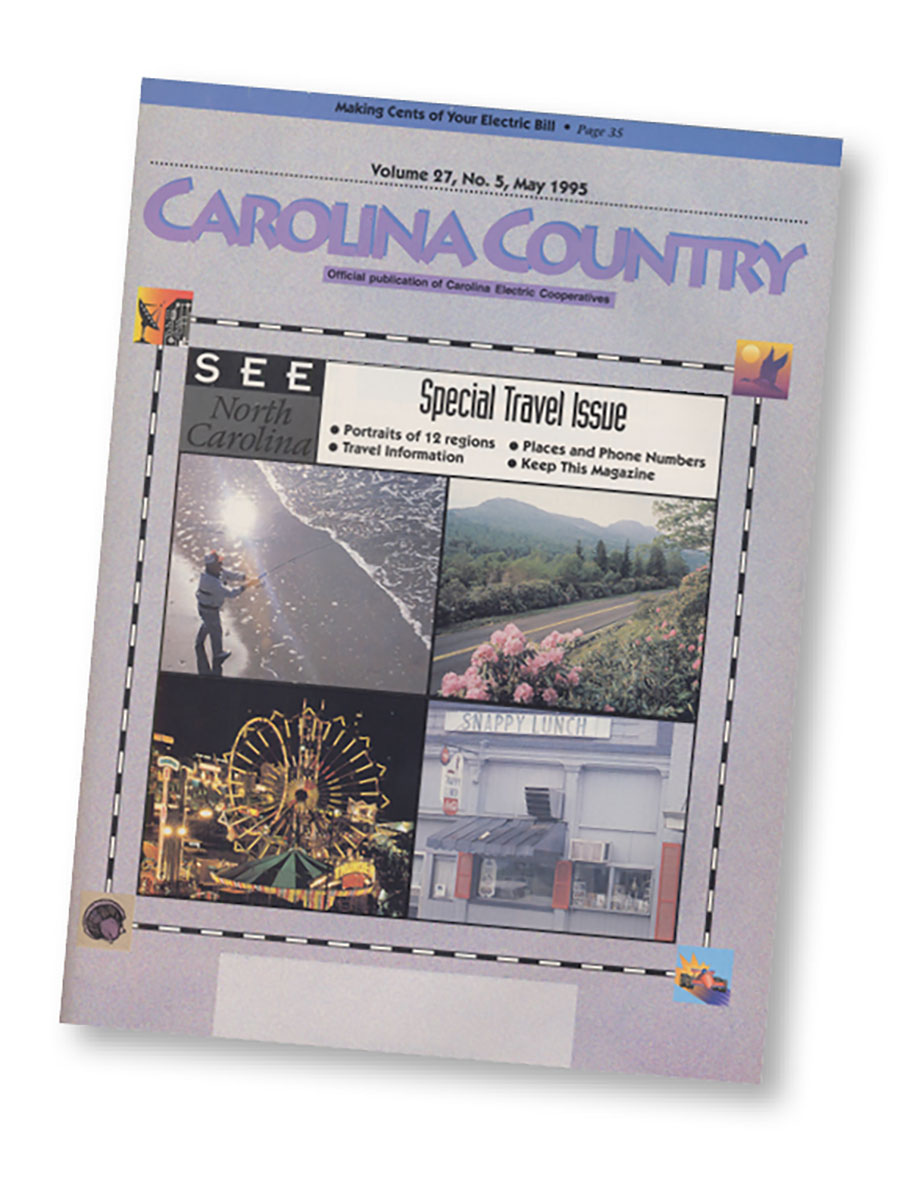 A special travel issue debuts, which becomes an annual resource (now published each April as “Carolina Country Adventures”). The 1995 version includes nearly six pages of phone numbers for places and events of interest.

The magazine launches carolinacountry.com. A how-to in the February issue walks readers through the arduous process of cleaning a VCR. (“Step 10: Clean the video head cylinder.”)

An electronic spice rack deemed the “world’s most advanced precision spice appliance” is featured in a round-up of electronic kitchen gadgets. Perhaps it was just ahead of its time … 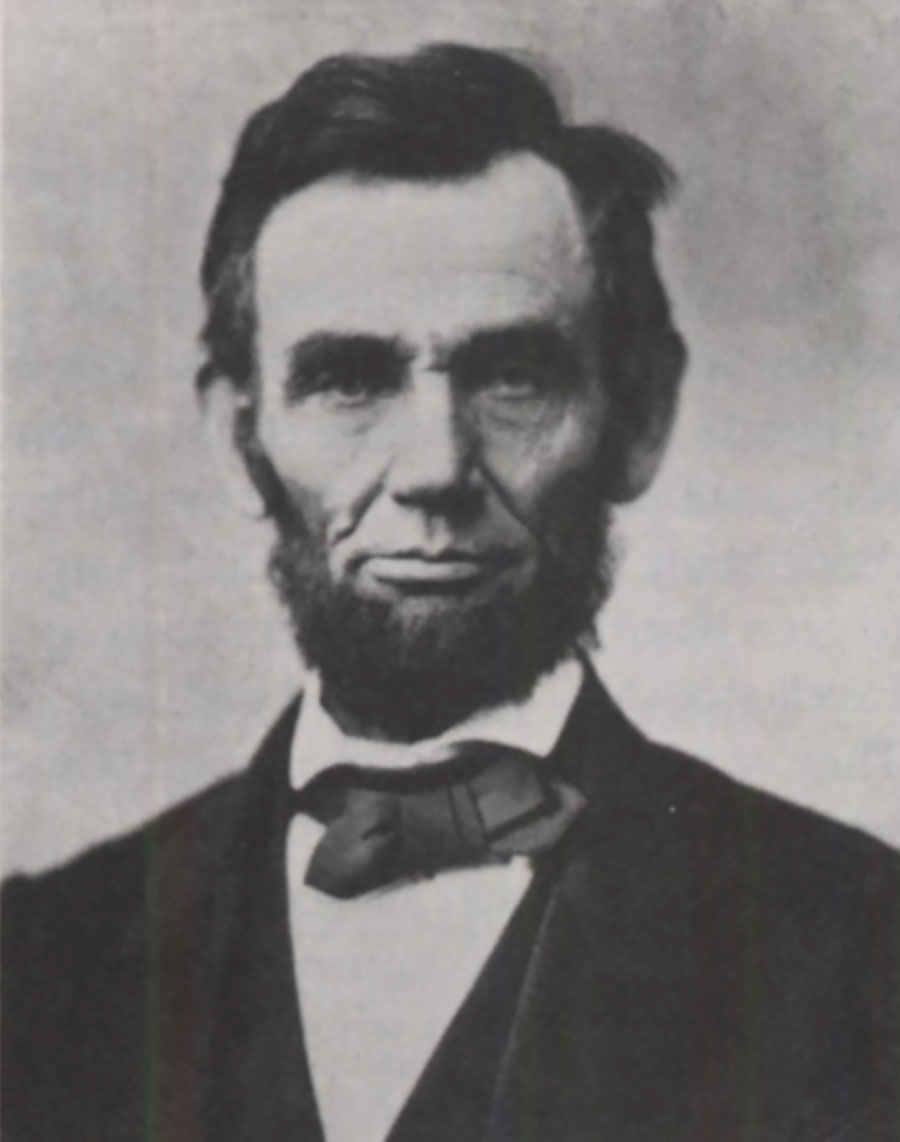 Did 2009 mark the 200th anniversary of Abraham Lincoln’s birth, or was he really born years earlier in North Carolina? An article by editor Michael E.C. Gery notes “While Carolina Country did not start this ball rolling  …  we certainly have kept it rolling along, mainly because it seems like good sport.” An earlier 2003 article on the subject remains a top hit on carolinacountry.com. 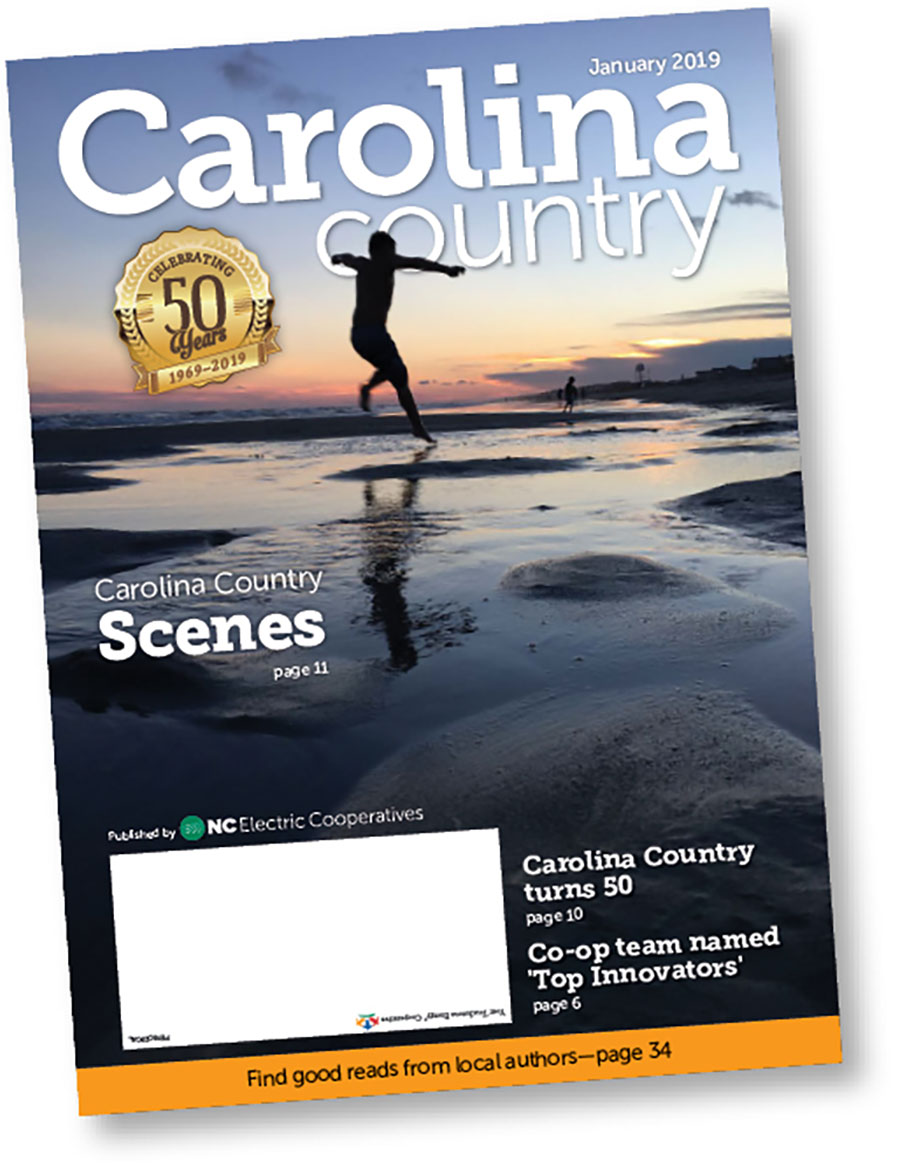 Today, Carolina Country reaches more than 2 million readers across North Carolina. We’re holding true to the original intent to champion the state’s electric cooperatives and their members, reaching readers through our print magazine, on carolinacountry.com, through social media and email. Thanks for joining us on the journey.