Experience the Movement Along the Civil Rights Trail 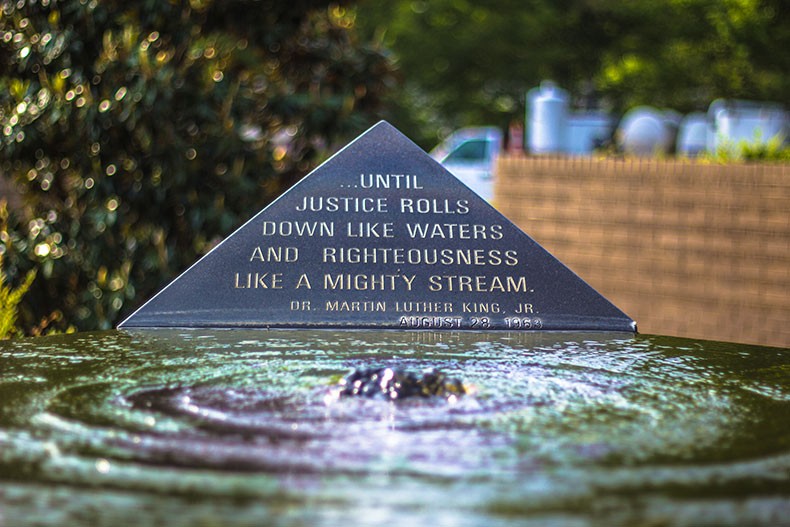 In the 1950s and ’60s, the civil rights movement teemed in the South from small towns to big cities. Today, many of these sites are commemorated as part of the 15-state U.S. Civil Rights Trail (civilrightstrail.com), including five in North Carolina, factoring significantly in the quest for equal rights for African Americans and social justice.

The beginnings of non-violent social change had roots in North Carolina through the actions of high school and college students as well as businesspeople and trailblazers.

“These sites are just the beginning of the many stories about the modern civil rights movement in North Carolina that need to be preserved and promoted,” explains Angela Thorpe, director of the North Carolina African American Heritage Commission.

“The modern civil rights movement didn’t suddenly appear in a vacuum in the 1950s,” Earl says. “It wasn’t just about black people. It’s a right for everyone to enjoy liberty and the hope that is America. Recognizing these sites helps people understand what went on and their responsibilities today. 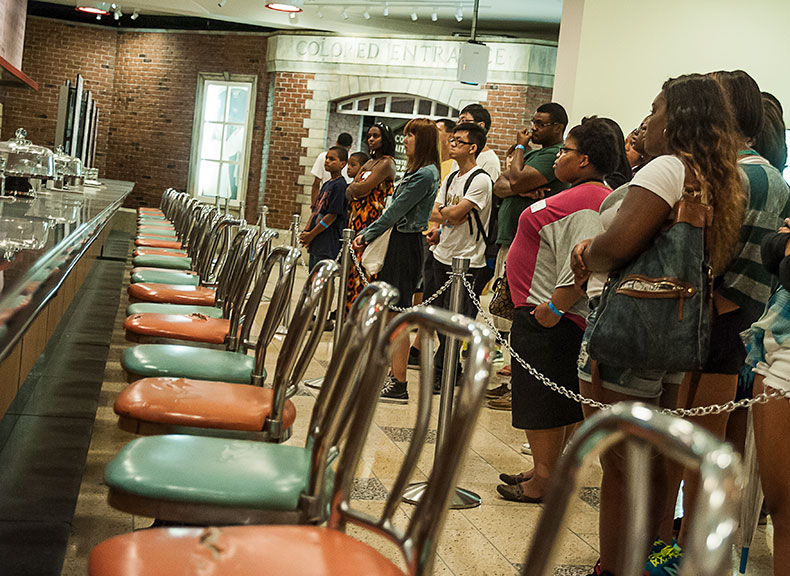 On February 1, 1960, four young male students from the Agricultural & Technical College of North Carolina took their seats at the lunch counter in Greensboro’s F.W. Woolworth’s store. They ordered coffee, but were denied service because the store was segregated and they were black. So began more than six months of sit-ins at the store and the impetus of sit-ins across the United States as a peaceful protests for social justice. Today, the store houses the 30,000-square-foot International Civil Rights Museum, with educational exhibits and a gallery.

The Dr. Martin Luther King, Jr. Memorial Gardens, built in 1989, was the first public park in the U.S. built to honor Dr. King and the Civil Rights Movement. Its centerpiece is a life-sized sculpture of Dr. King and a 12-ton granite water monument. 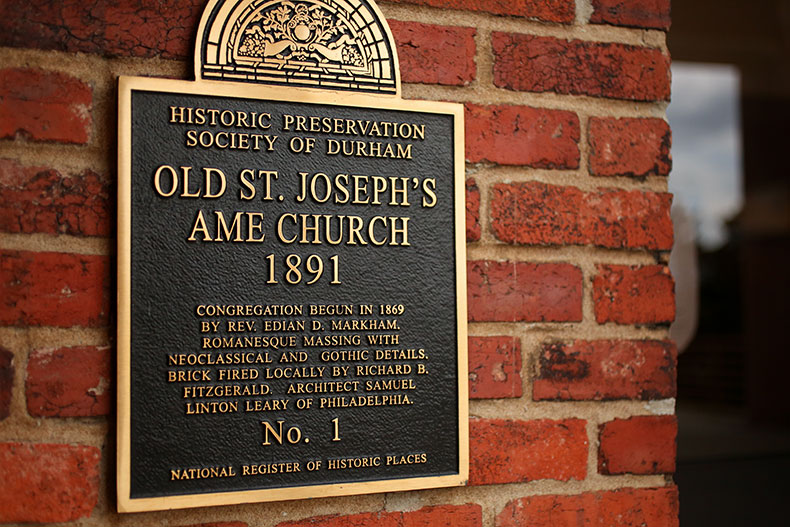 By the 1950s, Durham developed a thriving black business district.
“Parrish Street became known as the Black Wall Street,” Angela says. “It was also home of the Hayti community.”

The Hayti Heritage Center, opened in 1975 in the former St. Joseph’s AME Church, is the only original building from that time. It now serves as an educational and cultural enrichment center presenting events, activities and programs supporting African American heritage. 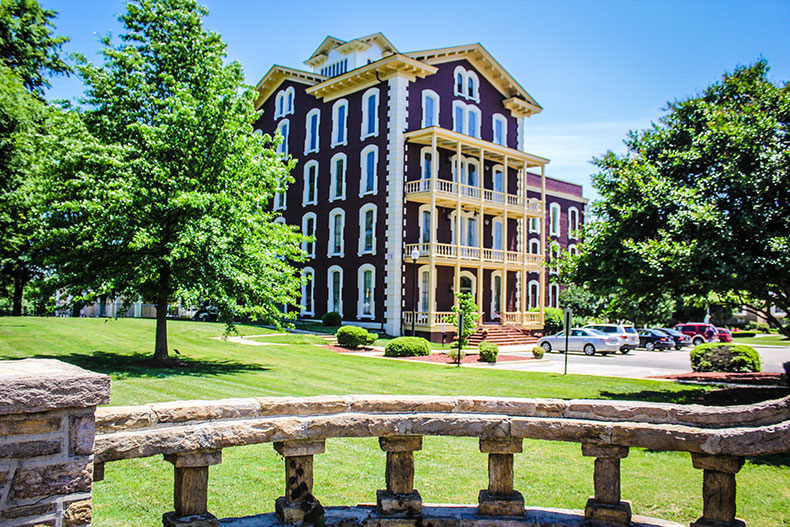 Raleigh’s Shaw University is the birthplace of the Student Nonviolent Coordinating Committee (SNCC). Ella Baker, a 1927 graduate of Shaw University and a close friend of Dr. Martin Luther King, Jr., helped organize the Southern Christian Leadership Conference. She later returned to Raleigh to help young blacks become more involved in the Civil Rights Movement. She was a driving force from the first SNCC meeting in 1960 at Shaw for the group that would become known for Freedom Rides and black voter registration drives in the South. 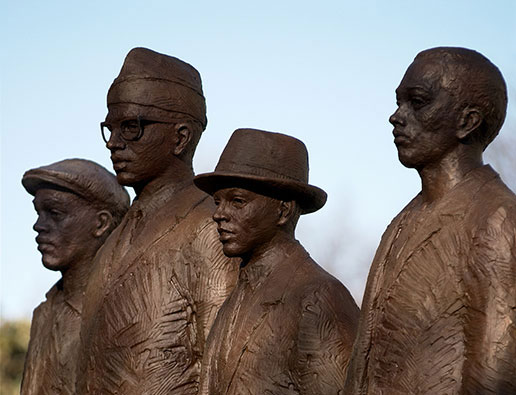 On the campus of North Carolina A&T University, formerly the Agricultural & Technical College of North Carolina, The February One Monument stands at the university’s Dudley Building. It features the four men who staged the original sit-in at the nearby Woolworth’s. It’s more than 15 feet tall and was dedicated on February 1, 2002. 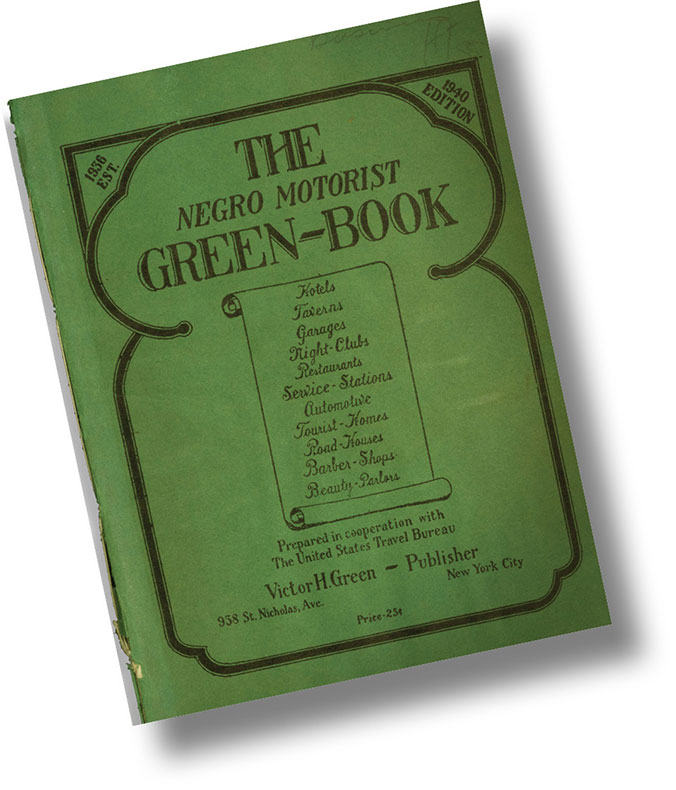 On March 6, it will open at the International Civil Rights Center & Museum in Greensboro. The following week, on March 14, the second exhibition begins at the Hayti Heritage Center in Durham.

“Extensive research for this project began several years ago and we are proud to share these exhibits with the public,” says Angela Thorpe, director of the North Carolina African American Heritage Commission, which is leading the multi-year project and exhibits. “Thanks to a grant from the Institute of Museum and Library Sciences, we have been able to document more than 300 Green Book sites in our state and begin to tell this story.”

“The Negro Motorist Green Book” was published from 1936–1966 to help African Americans safely move through “oasis spaces” as they visited family, vacationed, conducted business and followed job opportunities during the early to middle part of the 20th century.