Need a charge away from home? You have options. 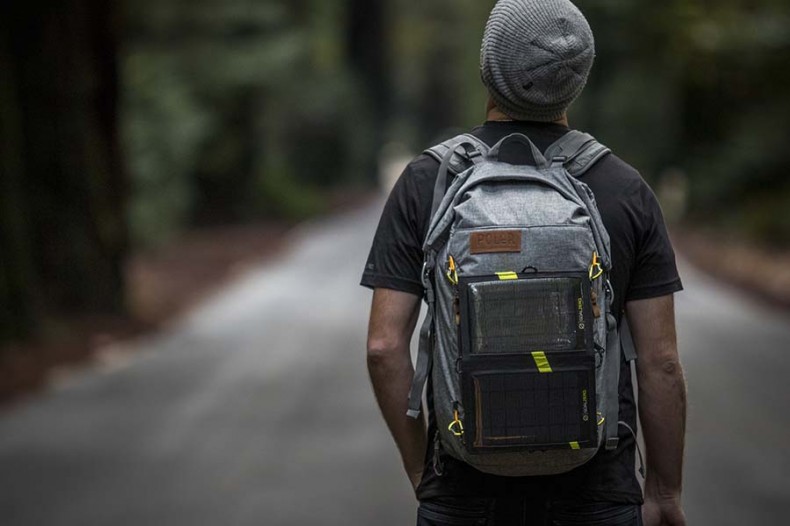 As smartphones and other electronics take on a more prominent role in our lives, it’s important to ensure these devices don’t run out of power. While finding an outlet in a building is easy, what do you do without access to one? Whether it’s a weekend camping trip, sporting event or travel to a foreign country, you’ll need a way to recharge your devices from wherever you are.

First, you need to decide if this is going to be an energy source you carry with you, or one that stays stationary, probably in your car.

Stationary generators include traditional gas-powered generators and a newer generation of heavy-duty lithium ion batteries. Both types are able to keep larger electronics, including mini-fridges and laptops running all weekend. The difference between the two comes down to cost and operation. The gas generator is cheaper up front, but noisy to operate and requires fuel. The lithium-ion battery is more costly up front, but quieter to operate and cheaper to re-charge. The battery generator is also much lighter — typically around half the weight of a comparable gas generator — but since you won’t be carrying either with you in a backpack, it’s a largely irrelevant point.

External battery packs come in a variety of shapes and sizes, but their carrying capacity is measured in mAh (milliamp hours). How much is 1 mAh? By definition, it’s enough energy to provide 1 milliamp of electricity for an hour. In practical terms, 10,000 mAh is enough to charge an iPhone 6s three and half times, a Galaxy S6 three times or run a 5W LED to light your tent for 10 hours. The benefits of these battery packs are cost, reliability and weight.

A 10,000 mAh battery retails on Amazon.com for about $25, weighs the same as a baseball and can easily fit in your pocket. The downside is once the battery is drained, it’s also useless until you find an outlet again.

Portable generators offer a very different experience than battery packs. These gizmos are able to take some other form of energy and convert it into electricity for your devices. The most common are solar panels, but other types include water (river) and thermal (campfire) generators. The advantage of these generators is they won’t run out of power while being off-grid for extended periods of time. The downside is these generators are heavier, condition-dependent and more expensive than their battery counterparts.

Estream’s portable water generator that launched this year, for example, is capable of generating electricity from any flowing water — seemingly a good fit for any trips near a river. However, it weighs 2 pounds, takes more than 4 hours to charge to its 6,400 mAh capacity and costs $250.

Portable solar panels offer similar economics. A Guide 10 Plus Solar Kit from Goal Zero retails for $130, weighs 1.4 pounds and will take 3 to 6 hours to charge a 2,300 mAh battery in full sunlight (no clouds, panels facing the sun).

While portable generators have a much better wow factor, unless you’re planning to embrace “van life” and go off the grid on a semi-permanent basis, consider a battery pack. Or, if you’re really bold, try turning off the electronics while you’re outside.

Find more innovative ways to save time, money and energy.