A Sheet of Granite Above the Trees 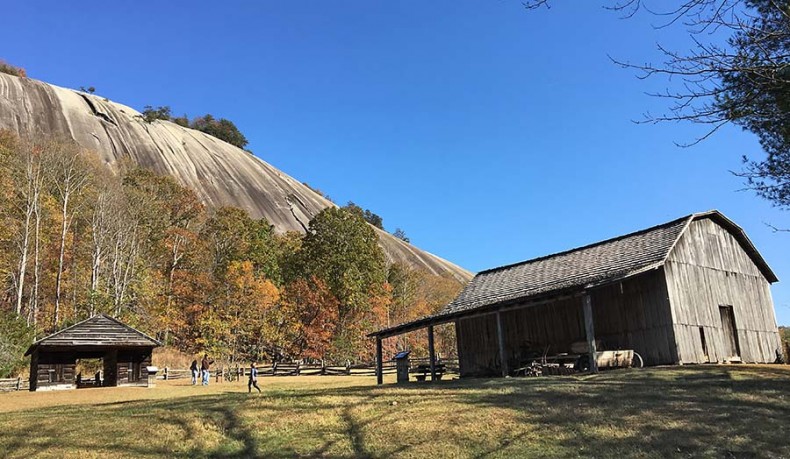 At the base of the summit is the Hutchinson Homestead which offers a grand view of the granite dome.

The first sight you see from miles away is the 600-foot high granite dome rising above the trees. The imposing brown-gray granite rock rises to 2,305 feet above sea level, its exposed surface being just a small portion of a 25-mile igneous rock formed from hardened lava. Welcome to Stone Mountain State Park.

The 14,100-acre park stretches across Wilkes and Alleghany counties and offers more than just this centerpiece, with 10 trails (moderate to strenuous) covering 18 miles of pathways to waterfalls, meadows, forest and a historic homestead at its base.

How do you talk two 12-year-old girls into tackling the loop trail to the summit and down to the meadows before rising again? Don’t mention the total distance and definitely do not mention the stair step count. 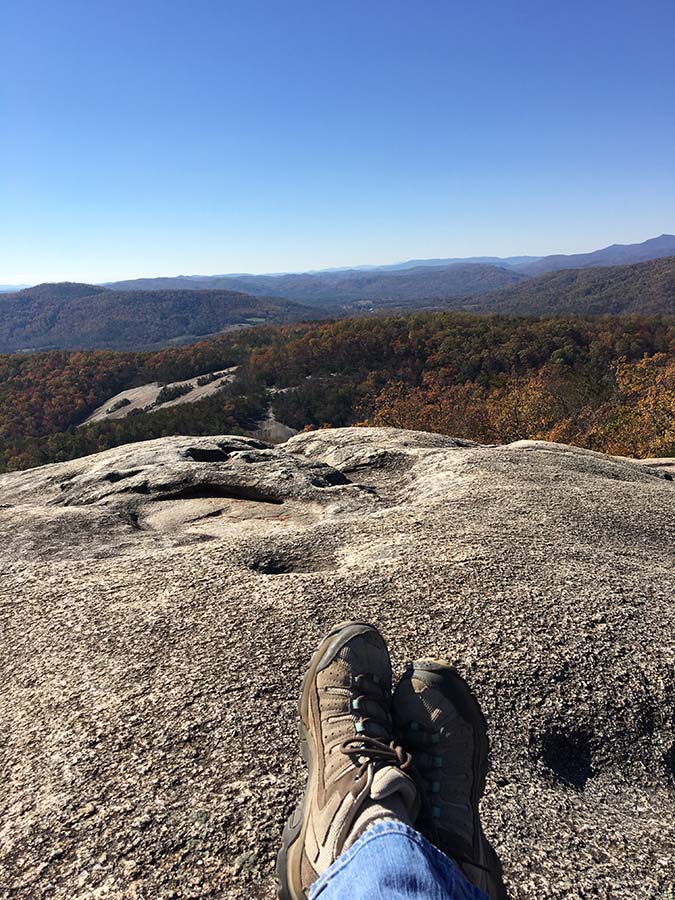 Top of the Rock

While the girls walked through the Mountain Culture Exhibit at the park office, a ranger recommended the Stone Mountain Loop Trail, a 4.5-mile strenuous hike that leads to the summit, the meadows, Hutchinson Homestead and the Stone Mountain Waterfall before returning to the starting point. He suggested we start at the Upper Trailhead Parking Area to avoid climbing the more than 500 steps on the other side, though we would go down those stairs once over the summit.
But don’t be fooled with the step avoidance. The hike to the summit is a hilly 905-foot ascent, with a few switchbacks to ease you into the steeper parts. The trail is forested with scattered rhododendron, laurel and ferns just off the path.

As the climb continues, a few openings in the forest provide a view of rock outcrops. The trail’s orange circle blaze finally leads to the open granite summit, which provides a panoramic view of the Blue Ridge Mountains down to the valley. From this southwest slope, we watched vultures glide on the wind in search for a bite to eat below the edge, gracefully landing to rejoin fellow scavengers on a rotting tree.

When ready to descend, follow the orange circles painted on the granite rock. Soon your knees and feet meet the more than 500 steps in a series of stairs that descend through the hardwood forest and creeks lining the trail. The environment becomes green and lush as you return to the valley. 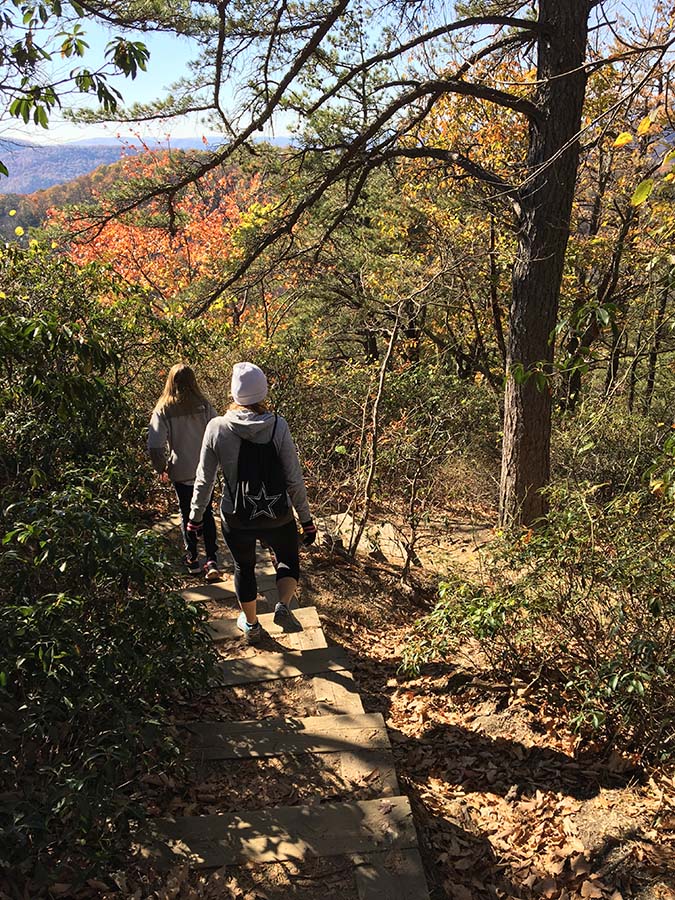 The Meadow and Waterfall

At the base of the summit is the Hutchinson Homestead. The site showcases life on a farm in the 19th century with a log cabin, blacksmith shop, corn crib, meat house and a garden, when in season.

This spot also offers a grand view of the granite dome.

The loop trail offers several out-and-back trails that lead to five of the six waterfalls located in the park. We stayed on the loop, which leads to the sixth and largest waterfall: The 200-foot Stone Mountain Falls fed by Big Sandy Creek. The trail from the meadows to the falls does ascend, but the grade is not as steep as the loop’s beginning. However, it does involve more than 300 steps in a series of stairs that take you to the waterfall’s base pool and finally to its top.

Standing near the fall’s cascading water provides a brief, cool mist as the creek’s water slams onto the base rocks, a nice respite before you finish the ascent back to the parking lot trailhead.

The girls (and us moms) were tired at the end of the hike, but the best way to end the adventure is just beyond the park gates at the Stone Mountain Country Store. After a day of hiking, you can’t go wrong with ice cream and cold drinks.