Journey Along the Writers’ Path 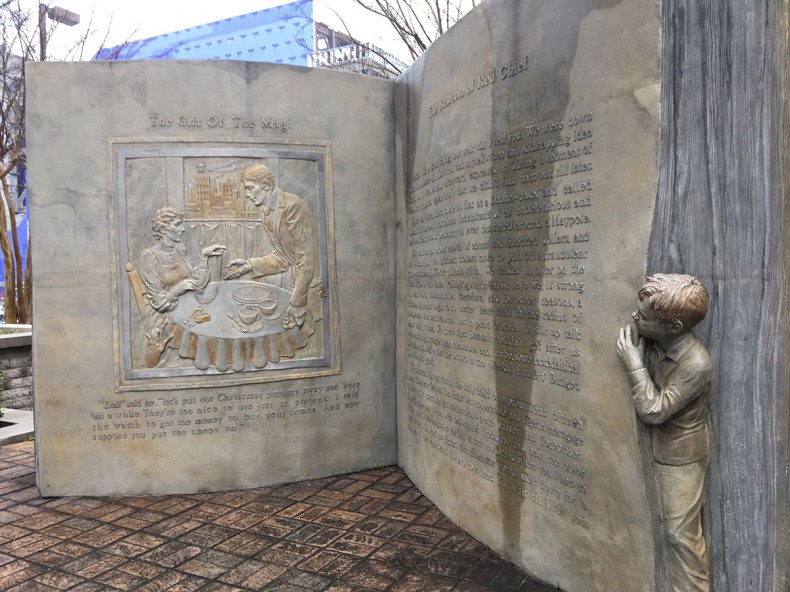 North Carolina holds a bounty of literary treasures, from Nicholas Sparks’ characters living and loving along the coast, to Thomas Wolfe never really able to go home again to his mother’s boarding house in Asheville. Piedmont writers penned poetry and prose that bring to life early settlers farming its rolling hills, and lay bare the struggles of African Americans to find their voice and the plight of millworkers in the 19th and 20th centuries.

Places such as the Bethesda community outside of Durham were turned into the fictional small town of Listre, where Clyde Edgerton populated it with characters we all connect to members of our own family. Rowan County became Raven County in John Hart’s mysteries — those of us who grew up in that area recognize the clay-red Yadkin River and the land it flows through.

Readers can follow the story, thanks to a three-volume set of literary trail guidebooks written by Georgann Eubanks in association with the North Carolina Arts Council. Each volume spans a different region of the state, organized into tours that provide a list of writers who have a connection to a specific area, a basic route to follow and key sites to visit. The books list famous and not-so-famous names, many of whom will bring a smile of recognition.

To provide a taste of these rich resources, I set a course to loosely follow Tour 12 of the “Literary Trails of the North Carolina Piedmont.” The tour begins in High Point, winds its way through rural Guilford County and ends in Greensboro. 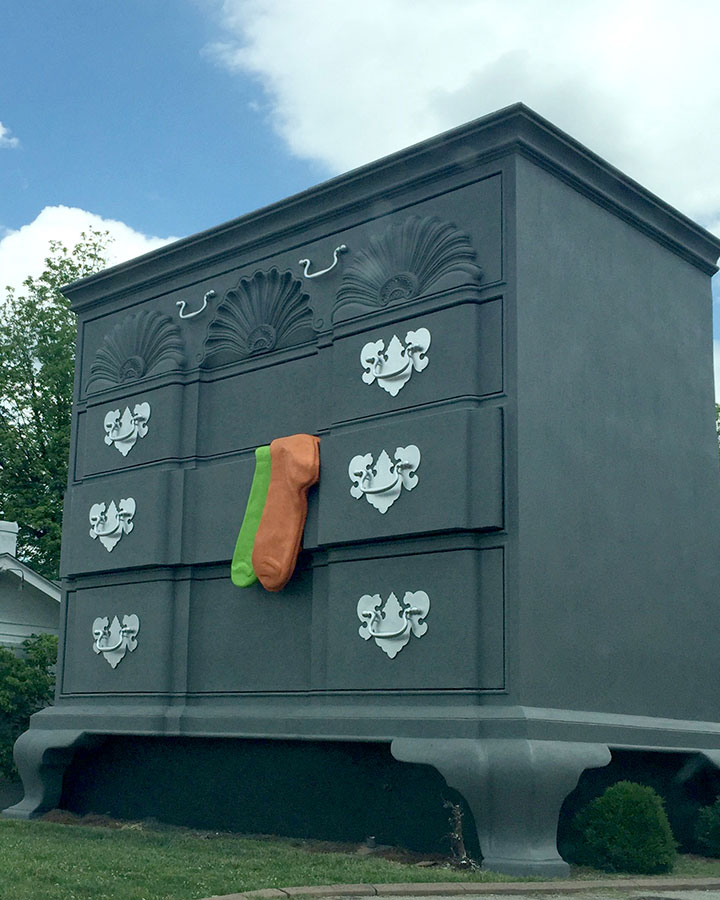 Mystery writer and Greensboro native Margaret Maron has killed characters all across the state, including in High Point. In “Killer Market,” character Judge Deborah Knott travels to High Point, where she must solve a murder during the International Home Furnishings Market trade show (now called High Point Market). High Point, known as the furniture capital of the world, is the start of tour 12.

The tour travels along Main Street, through downtown, past old brick buildings and new glass and steel ones, most of which are tied to the furniture business. The International Home Furnishings Center (IHFC) on Commerce Avenue is the heart of the High Point Market during the trade show. It also houses the High Point Theatre. The downtown area is walkable, with sites such as the Historic Train Depot, the various furniture galleries and the “World’s Largest Chest of Drawers.”

A must-see is the High Point Museum. An exhibit on jazz saxophonist and High Point native John Coltrane is just one of the pieces of history here. Permanent galleries include the Furniture Heritage Exhibit and the Meredith’s Miniatures Exhibit, which showcases local artist Meredith Slane Michener’s views of life in miniature.

Tour 12 goes off the beaten path en route to Greensboro. I follow NC Highway 62, also known as Liberty Road, into rural Guilford County in search of the Centre Meeting House, a community founded by Quakers in the mid-1700s. Across from the current Centre church is a small stream known as Polecat Creek. Somewhere along its banks once sat a small farm that was the 1908 birthplace of Edward R. Murrow. The famed broadcast journalist first let his voice be heard at the age of four while attending a Quaker Friends meeting, according to the guidebook. The small boy had a booming voice even then, when he confessed to killing a rabbit and selling it on the Sabbath.

The NC historic marker at the corner of Randleman Road and NC 62 notes Murrow’s birthplace. In Greensboro, a main boulevard bears his name and a giant bust of Murrow resides on the lawn of the Greensboro History Museum.

Born William Sydney Porter in 1862, he was known by his penname of O. Henry. The short story writer weaved humor along with twists and turns into his stories. His most famous stories of the more than 400 written include “The Gift of the Magi” and “The Ransom of Red Chief.” His first 20 years were spent in Greensboro, going to school and working as pharmacist at the old Porter Drug Store in downtown. He was a people watcher, learning nuances of individuals that would later help develop his characters. 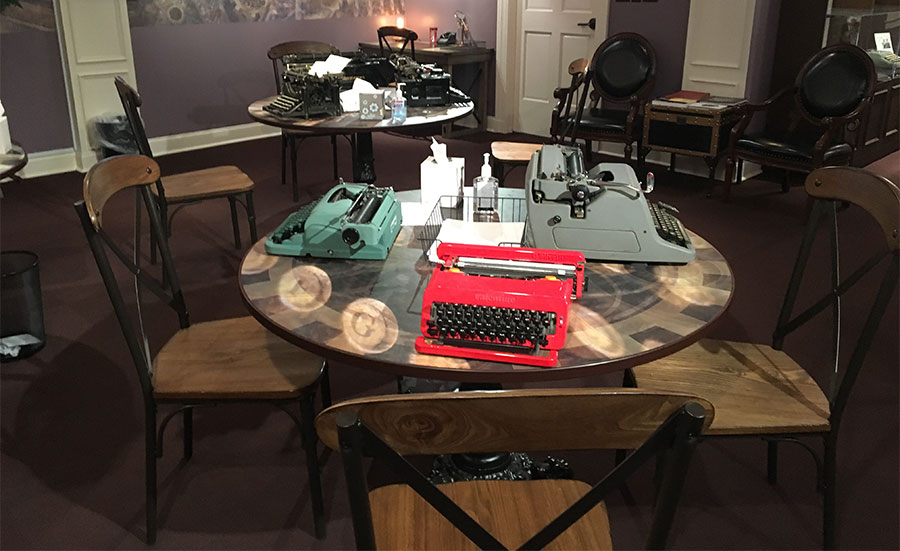 The Greensboro History Museum features an exhibit on O. Henry as well as a typewriter exhibit that holds one of O. Henry’s typewriters as well as those of several other local writers. The hands-on exhibit features machines both old and newer that visitors can peck away on. The public library next door has O. Henry material in its reference room.

A statue of young O. Henry stands on the museum’s lawn next to the Murrow bust (the museum is on the site of the old Lindsay Street School, where O. Henry attended high school). A trio of statues at 301 North Elm Street features a life-size statue of O. Henry, one of his dog, and a large, bronze open book that features a small boy peeking out of the pages and scanning lines from his stories. 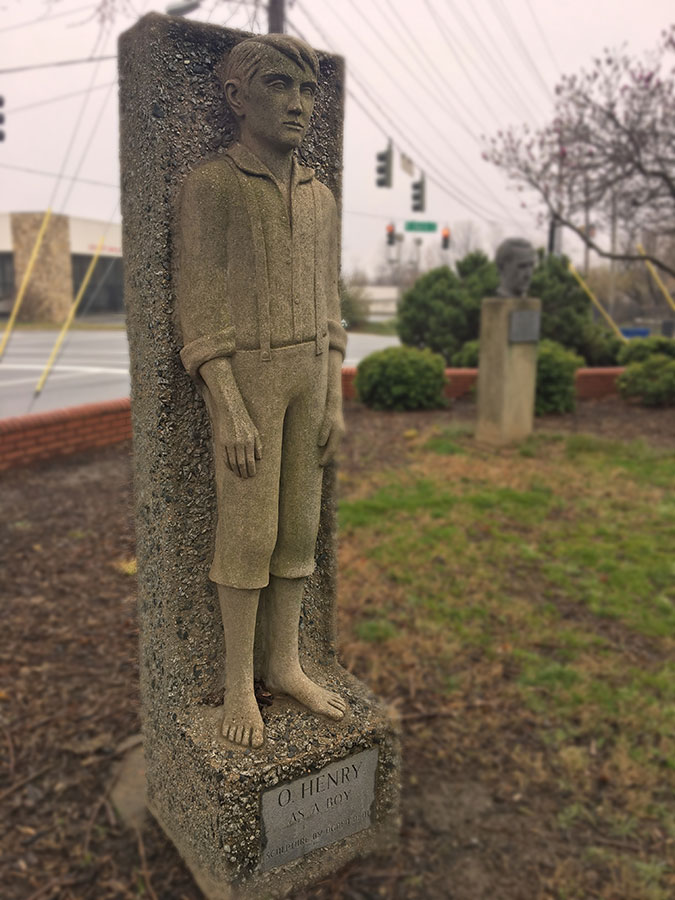 The statue of a teen O. Henry stands just beyond the Edward R. Murrow bust in Greensboro. Photo: Renee Gannon

Turn right on Elm Street to visit the International Civil Rights Center and Museum, housed in the old Woolworth’s building and the site of historic Civil Rights lunch counter sit-ins led by NC A&T students (their statue stands in front of the school’s Dudley Building). Across the street from the Civil Rights Center is the building that once housed Porter Drug Store.

At the intersection of Bellemeade and North Elm Streets once stood the original O. Henry Hotel from 1919 until the 1960s. The current O. Henry Hotel is two miles away and worth a visit.

Also located on South Elm Street is Scuppernong Books, an independent bookstore owned by Brian Lampkin. The store is a good place to rest along the trail, enjoy a cup of coffee and browse its book selection. The store is home to the Greensboro Bound Literary Festival, set for May 17–19.

The tours found in the three volumes of Eubanks’ guidebooks offer a unique way to see North Carolina, and reason to, as O. Henry said, “Inject a few raisins of conversation into the tasteless dough of existence.”

For more information on North Carolina literary connections, access an interactive map, maintained by UNC Greensboro, the State Library of North Carolina, and the Institute of Museum and Library Services. 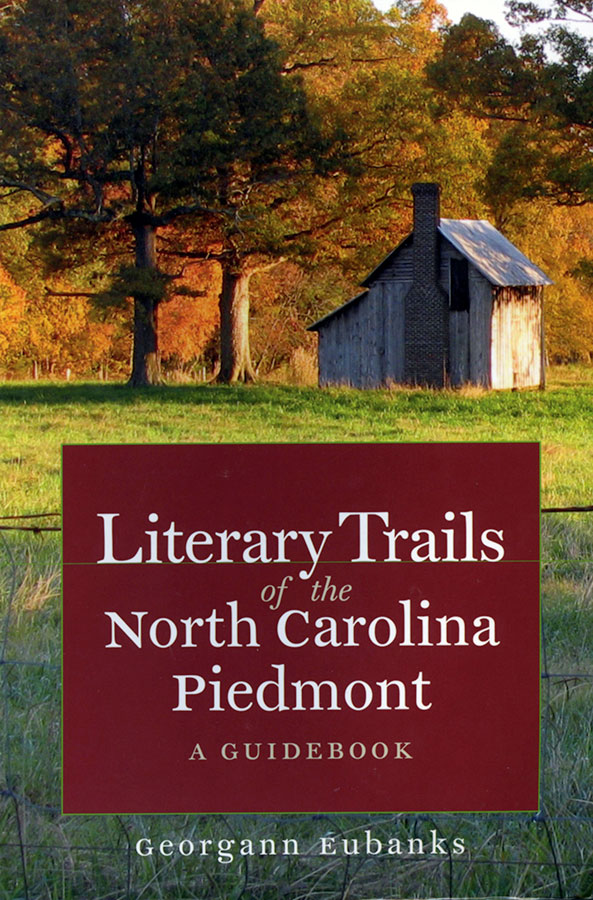 Your Guide to the Literature

“Literary Trails of North Carolina” is a three-volume set by Georgann Eubanks that can be purchased together or individually.