Welcome to the Conservators Center, home for more than 80 exotic animals from about 20 different species - Carolina Country
2017 Travel Guide
April 2017

Welcome to the Jungle

Driving along the rural roads just north of Burlington in search of lions and tigers is not something one regularly does on a Saturday morning. But just beyond the abandoned tobacco barn and down a winding gravel road, you will find just that at the Conservators Center: Lions, tigers, bearcats, servals, New Guinea singing dogs and an assortment of other animals not commonly found in North Carolina. 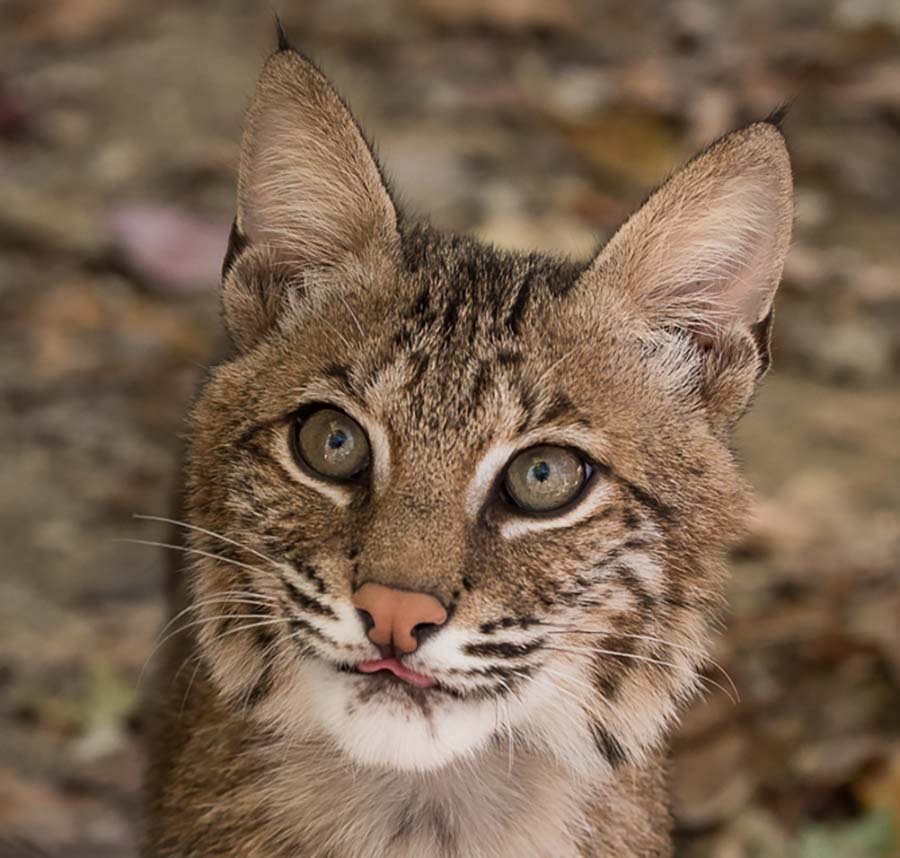 Bobcat (photo by the Conservators Center)

The nonprofit conservancy was founded by wildlife specialists Mindy Stinner and Douglas Evans in 1999. The Caswell County facility opened in 2001 and today provides a home for more than 80 exotic animals from about 20 different species. Most of the residents are part of a rare, threatened and endangered species; all are mammalian.

The Conservators Center has educated us two-legged folks about the four-legged since 2007.

Reconnect with the wild

This nonprofit is a haven. Some of the animals came from near-death circumstances, many were retired to the center from other programs, and a few were donated from individuals who could no longer provide care. Most of the lions and tigers were rescued from a big-cat breeding facility in Ohio shut down by the federal government.

The center offers a variety of tours and events geared toward families with young children as well as adults. Experiences will be different depending on the time of year and (especially) the weather. 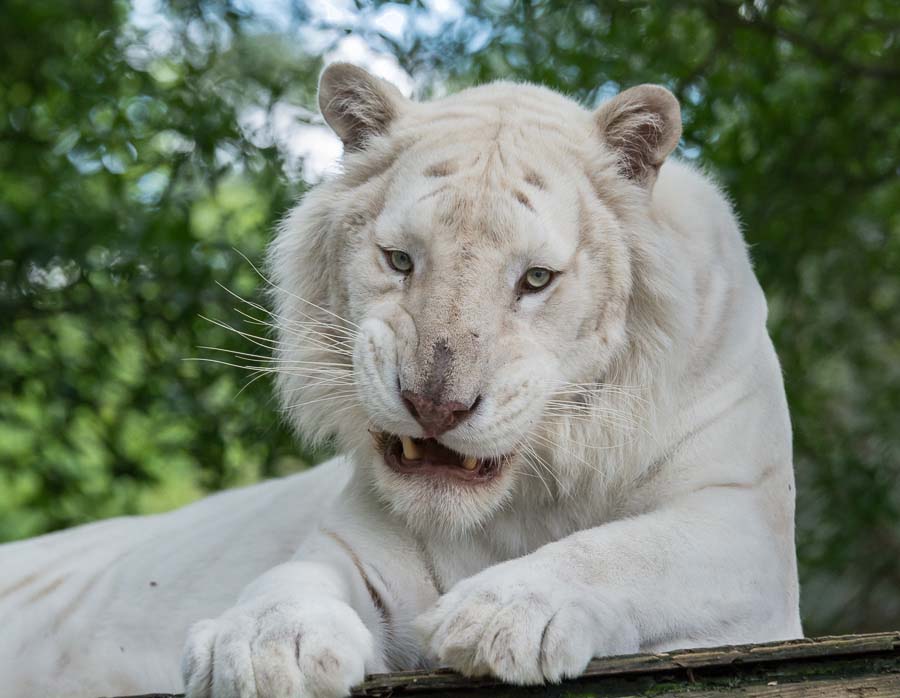 Each tour gives you an up-close connection with animals, though safely behind a chain-linked fence. The tour guides provide known and little-known facts about each species, as well as personal history and personality (from the attention-craving dingos and New Guinea singing dogs to the standoffish serval cats and lions).

The tour winds its way along a gravel trail not quite one-mile long. The animals are in fenced-in habitats, with a few (including the lemur and fox) in enclosed homes depending on the weather. All your senses are piqued on the tour, especially your sight, smell and hearing. Did you know that a bearcat, also known as a Binturong, smells like Fritos and popcorn? And on the flipside, foxes, even the cute, cuddly Fennec fox, are the most horrendous-smelling animals? The smell is 24-7 and worse than the skunk’s defensive spray. Each animal has a unique story about its natural habitat, characteristics, personality and where it came from before the center. For example, a family donated one of the serval cats after he “marked” the home by urinating in an air circulation vent. 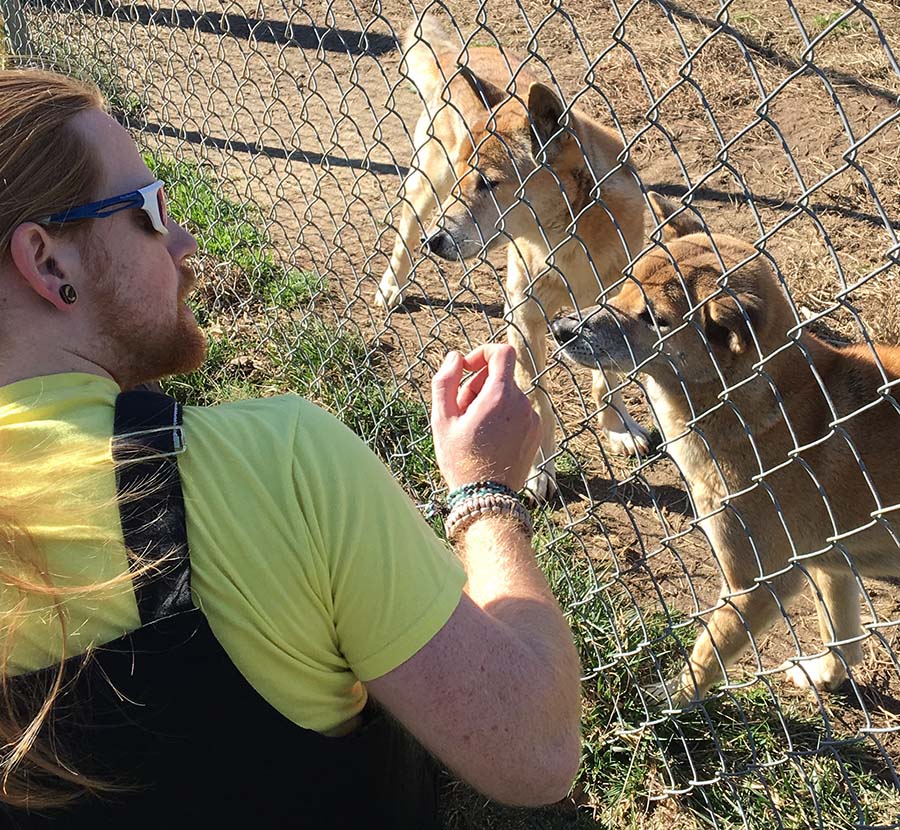 And this gets to the favorite phrase of my tour guide, Kevin: “Welcome to the world of pee.” While it is a topic one usually doesn’t discuss, he made it interesting in describing the distinct smells of each species, especially when warning the group on how to stay out of the “zone” if the lions show their backsides: You’re “in range” as far back as 15 to 18 feet!

The center’s crew also provide a bit of entertainment (and probably amuse the animals) by calling, howling and roaring at the tigers, lions and wolves throughout the tour to urge the animals to join in the loud cacophony. When it works, the roars are deafening and vibrate in your ears while the wolves’ cries are high-pitched and lonely. Not to be left out, the New Guinea singing dogs join in with a melodic tune.

The center’s crew and the residents of these 50-plus acres provide a unique perspective to visitors about the world of endangered species. The goal of the center is to show visitors how all species are interconnected and the value in protecting the most vulnerable, especially those who no longer have a natural habitat to return to.