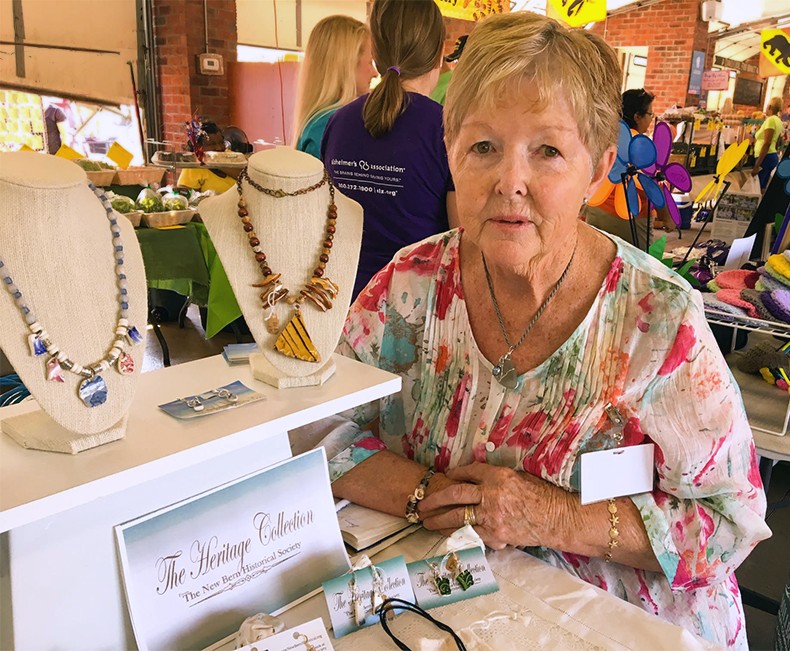 On an early Saturday morning at the downtown New Bern Farmers Market, locals and tourists are browsing the numerous tables and displays piled with homegrown and homemade items. Sonia Humphrey, a member of Tideland EMC, extends a friendly greeting to browsers who pause at her space, a lovely display of handcrafted jewelry featuring genuine sea glass, shells and natural elements.

With her welcoming smile and pleasant accent tinged with her New Zealand roots, Sonia shares stories about each piece: where a fragment of sea glass may have been collected, or a brief lesson on the Paua shell, abundant on New Zealand beaches.

“Growing up in New Zealand, we were always around the beaches,” Sonia says. “I remember as a small child searching for shells or sea glass or anything the beaches brought up for me.” 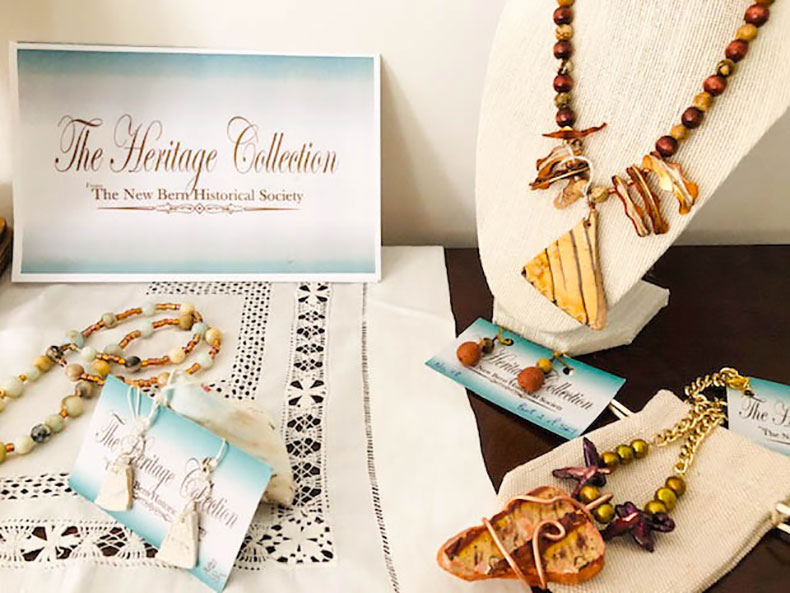 It’s clear the ocean provides inspiration for this trained registered nurse and midwife who turned to jewelry making about 16 years ago.

Gift from the sea

An avid sailor, Sonia says her “sea glass hunting continued when living on a boat half of the year. It really gave me the inspiration to start working on my early forms of jewelry. I let nature dictate how I would do it. I’ve never taken a formal class. I think the ocean taught me. It has been a gift.”

Sonia began selling her ocean-inspired creations at the New Bern Farmers Market 14 years ago. Periodically, she and husband, Brian, will travel abroad to collect more materials. Before a three-week transatlantic cruise last fall she did research.

“I use Google maps and look at the desirability of the beaches, whether or not they’ve got a gravelly shelf where the ocean currents would bring sea glass in.”

She prefers ocean-tumbled sea glass rather than machine-tumbled and explains that a mix of gravel with sand provides the ideal conditions. The sandy beaches of North Carolina don’t offer up lots of sea glass. 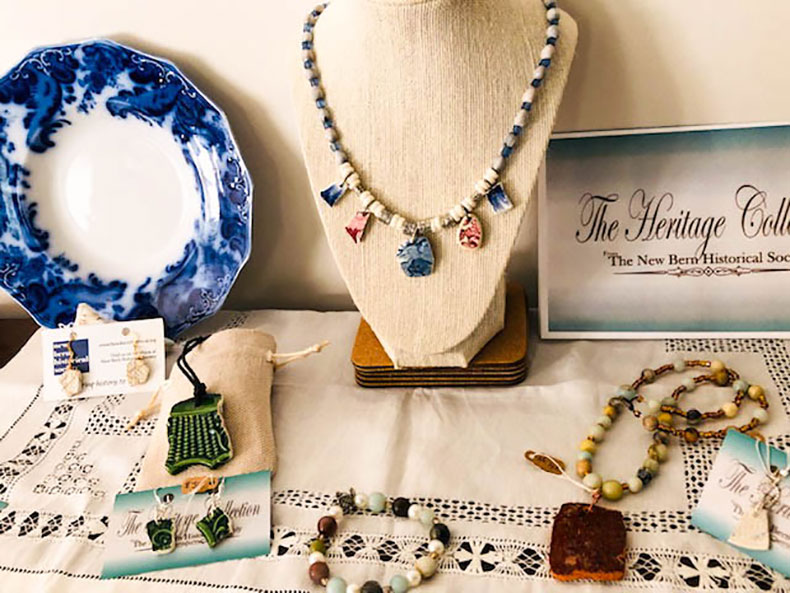 Wearable history from New Bern’s past

Jim Hodges, the curator of the New Bern Historical Society, admired Sonia’s “exceptionally talented creativity with her jewelry” and approached her two years ago with an ingenious idea for creating one-of-a-kind items from a local historic site.

Shards of pottery, glass, porcelain and other materials were among the many pieces dating back to the 1750s that were unearthed on an archaeological dig.

When one of the oldest brick structures in Craven County was saved from demolition and relocated to the New Bern Historical Society campus in 1980, archaeologists from the NC Office of Archives and History conducted an investigation. The trove of artifacts sat in a warehouse for many years until the idea was borne to put them to good use. 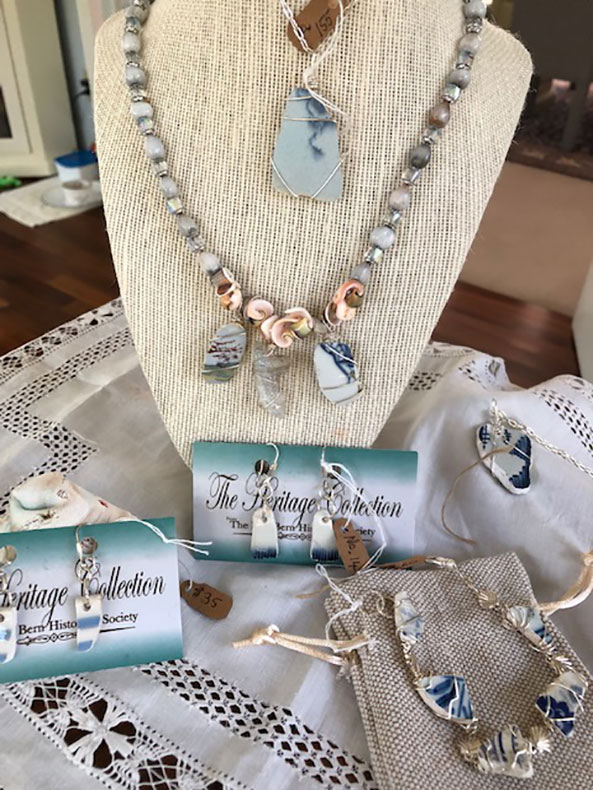 “When I saw the pieces, they just blew me away,” Sonia says. “It was just a brainwave [clever idea] to do this. I call it wearable history.”

She sells the pieces under what is known as “The Heritage Collection.” A portion of the sales goes to the New Bern Historical Society. Each piece is numbered (she just finished #197) and comes with a Certificate of Authenticity.

“Many people buy and send the pieces to relatives outside New Bern,” Sonia says. “A little bit of history is going everywhere.”