Kelly McCoy is sharing her love of the river with the masses. 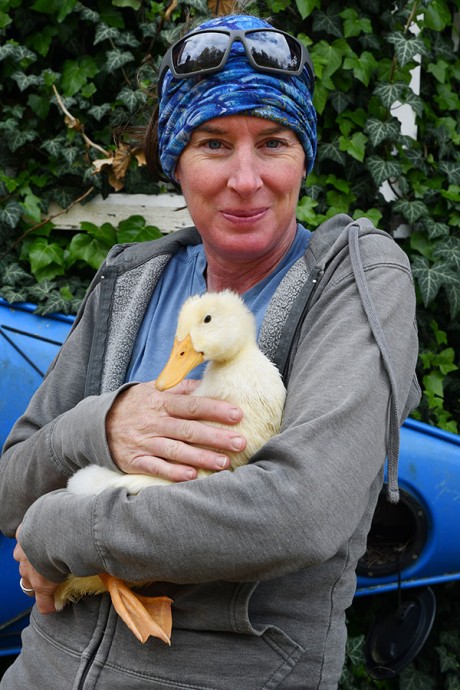 There’s nothing more refreshing on an 80-degree day than to stand knee-deep in the middle of the New River.

To feel that cold mountain water swirling around your legs. To look up at the sky and see Great Blue herons or egrets dotting the sky. If you’re lucky, you might hear some deer rustling in the trees. But not much else.

If you’re out there with a fly rod, it’s not about how many fish you catch. It’s more about your state of mind. That Zen peace of mind in which the rest of the world slips away and it’s just you and the river.

Kelly McCoy fell in love with that river 20 years ago. She and her partner at the time lived in Florida and began vacationing around the Boone area. Friends took them kayaking on the New River. Each time they returned, Kelly knew it was where she wanted to be. So they sold their belongings and moved to the small town of Todd, about 11 miles from Boone.

There was a general store, bakery, post office, two churches and a train depot. Kelly decided to add a little fishing store to the mix. And that’s how RiverGirl Fishing Company came to draw more visitors to this little rural town at the south fork of the New River.

Kelly spent much of her childhood on boats in lakes and rivers. She’s from a small town called Hokes Bluff, about 45 miles northeast of Birmingham, Alabama. Her father competed in bass fishing tournaments. Kelly and her brother often went fishing with him.

“Fishing, for a kid if you’re not catching fish, can be quite boring,” Kelly recalls. “He would tell us if we were quiet, he would take us waterskiing when he was finished fishing. So that probably instilled my love of the water.”

It was her grandmother who instilled in her a sense of responsibility and concern for nature. She and her brother and their cousins spent a lot of time with their grandmother in the summers.

After high school, Kelly discovered an aquaculture program at the local community college.

“I’ve always loved fish and taking care of them,” she says.

When she was 16, she had five 55-gallon fish tanks in her bedroom. She also loved water so much, she even had a waterbed.

After earning a fishery degree at Mississippi State University, she worked as a Marine biologist in Florida. When she began thinking about what she could do after moving to Todd, it made sense to turn to the river.

In college, her nickname was River Rat or River Squirrel. RiverGirl sounded better.

She sold a four-wheeler and took the $5,000 she made from it acquiring fishing rods, lures and other fish-related items.

She started her business from a little room above the town’s bakery. Six months after opening, the outfitter that had occupied the train depot left and RiverGirl found a new home there. In the beginning, people would ask if she rented canoes or kayaks.

“No, but I’ll take you fishing,” Kelly responded. 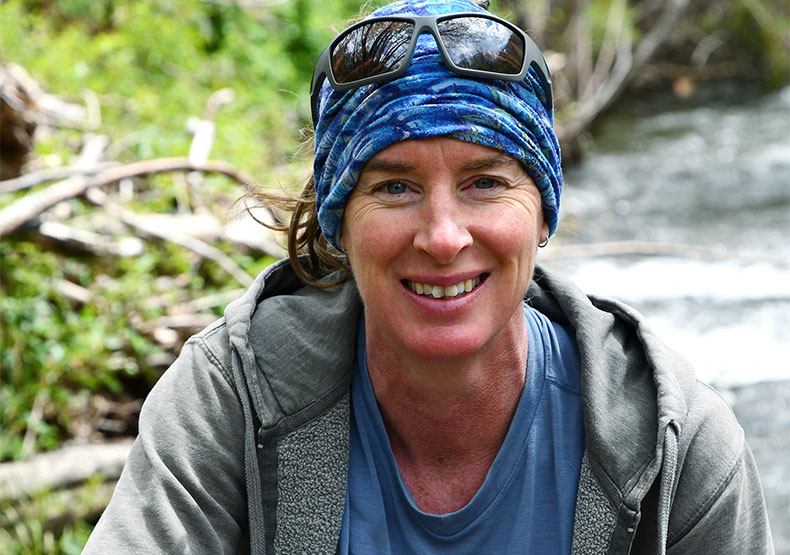 Fishing, tubing and Petunia the pig

Kelly did eventually add canoes, kayaks and inner tubes to her business.

“Little did I know 16 years ago that purchasing a pig for $50 would be the best marketing tool,” Kelly says with a laugh. “A lot of folks will pull up to the front door and ask if this is the place with the pig.”

Petunia has since passed away, and there’s a new pig at RiverGirl. Pepper is about half the size of her predecessor. Some people don’t realize she’s a different pig. And some customers, Kelly says, actually cried when they learned Petunia had died. While Petunia used to like to hang out in the shop, Pepper prefers to lounge in her own little purple tiny home that she shares with five chickens and a rabbit.

In her free time, Kelly doesn’t fish as much as she kayaks, canoes or paddle boards.

“It’s not to say that I don’t like fishing anymore, it’s that I spend so much time out with fishermen,” Kelly explains. “Now I just enjoy watching fish and enjoy seeing them in their habitat, and I enjoy helping other people learn how to catch them.”

As the weather warms, Kelly leads a weekly group of regulars out on the water for Wind Down Wednesdays. The group meets at the shop after work to paddle down the river. The adults get a glass of wine before take-off and the children are offered juice.

Another popular RiverGirl event is Trashy Tuesdays. On the first Tuesday of each month, people can take a boat out on the river at no cost. In exchange, they collect trash.

“It’s my way to give back to the river for allowing us to make money and play on it each day,” Kelly says.

“Trust me, people fight over the garbage,” she says.

Lured by the river

In a lot of ways, Kelly is passing on to others, the lessons her grandmother once taught her.

Her respect for fish and the river comes through in her practice. She uses lures that are gentler on the fish when hooked, and they release what they catch. Some people have begged her, and even offered more money, if she would allow them to keep their fish so that they could eat them later. But Kelly remains firm. If they want to do that, they’ll have to go back without her.

This mother of an 11-year-old son especially enjoys teaching children how to fly fish.

“I feel like if you get the kids out here in the creeks and the rivers, and you instill the love of looking under rocks, there’s another world underneath those rocks,” she says. “If you teach them that at an early age, they’ll have that their whole life. They’ll go back and show their friends and show their aunts and uncles. It becomes viral, and you get everybody learning how to take care of the waterways.”

But many come to her because they’ve always had learning to fly fish on their bucket list. They don’t care whether they catch anything or not. They simply want to cast a line out into the water and hear the satisfying swish of it going back and forth. Their eyes are focused, watching for any movement in the water, waiting for that gentle tug on the line.

Out there in the water, any worries or fears you might have simply drifts away.