Shedding more on the lighter side of Abraham Lincoln’s Birthplace 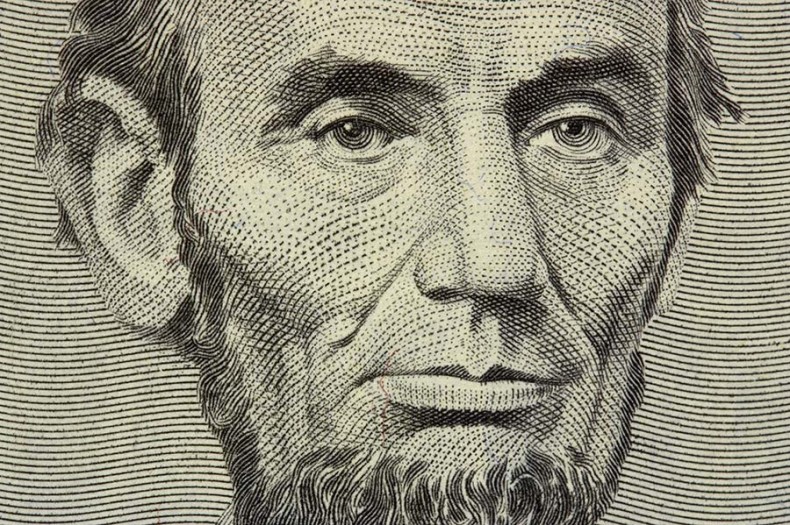 We continue to perpetuate the debate over the parentage of Abraham Lincoln, 16th president of the United States, because over the years we have, for no good reason, reported claims by those who believe Lincoln was born in North Carolina.

For the record, Honest Abe said he was born in February 1809 in Hardin County, Ky., the son of Thomas Lincoln and Nancy Hanks. He also wrote, “Owing to my father being left an orphan at the age of six years, in poverty, and in a new country, he became a wholly uneducated man; which I suppose is the reason why I know so little of our family history.”

The alternate theory claims that little Abraham was born in 1805 in western North Carolina, the son of a gentleman farmer Abram Enloe and the servant girl Nancy Hanks who lived for a time in the Enloe household. These accounts send Miss Hanks and her young son to Kentucky by one means or another, where she is on record marrying Thomas Lincoln on June 12, 1806.

Harriet A. Tutweiler of Shrewsbury, Pa., last July told us that her father, an attorney and judge, helped his friend Judge Felix E. Alley, of Waynesville, produce the book “Random Thoughts and Musings of a Mountaineer,” published in 1941 by Rowan Printing Company of Salisbury. Judge Alley titled Chapter XXI “Abraham Lincoln Was a Native of the Carolina Mountains.”

Ms. Tutweiler says, “Judge Alley writes of having spent literally years traveling to all parts of the state interviewing numerous people who, at the time, had vivid memories of the Hanks/Lincoln connection. He explores the various theories in some detail, citing the Abram Enloe story, as well as the possibility that John C. Calhoun was the father. In his final analysis, Judge Alley concluded that Calhoun was the most likely candidate.”

John C. Calhoun, a South Carolinian, was a silver-tongued devil who served as Vice President, Secretary of War, and a U.S. Senator. He happened to have a head and face shaped an awful lot like Abe Lincoln’s. Western North Carolina witnesses say he did indeed visit Abram Enloe in Rutherford County. He would have been 23 in 1805.

But Ms. Tutweiler’s own reading of Judge Alley’s evidence convinces her that the future president was instead the son of Abram Enloe.

Meanwhile, Donald O. Norris of Swansboro advised us that he has spent some years studying this matter. “By all means we must keep this story alive,” Mr. Norris pleads. “There are too many books out that tend to support that Abraham Lincoln was indeed a Tar Heel and his father was none other than Abraham Enloe, a well-to-do farmer who had a large log house near Puzzle Creek in Rutherford County.” He goes on:

Abraham Enloe and his brother Anthony showed up in Rutherford County about 1792, where Abraham built a large log house near Puzzle Creek on the land he had previously purchased from Ezekial Enloe in 1790. About 1793, Lucy Hanks dropped her daughter off at the Enloe household as a bond servant. On January 9, 1795, Abraham Enloe tied the knot with a Miss Sarah “Sally” Edgerton, the daughter of Scroop Edgerton. About 1805, Abraham Enloe became romantically involved with Nancy Hanks and it is widely believe that some time in May 1805, Nancy became pregnant with Enloe’s child, causing Abraham Enloe and his family to migrate to the wilderness. Their first stop was a place called Soco, near today’s Highway 19 west of Maggie Valley [near Waynesville]. The party selected home sites at this location where Mr. Enloe staked out a square mile claim and built his second large log house.

Several years later, Abraham Enloe found a new location more suitable to him upriver from the original site where he built his third and final large house on the banks of the Oconaluftee River.

Shortly after his arrival at Soco and having completed his large log house, it became apparent that Nancy Hanks was in a state of increase. Keeping his composure, Mr. Enloe had Felix Walker, a close friend and neighbor, take Nancy in her expanding condition to his home nearby at Jonathan Creek to get her out of sight of Mrs. Enloe and the neighbors. While Nancy remained in Mr. Walker’s home, her host visited the tenants at Mr. Enloe’s other home at Puzzle Creek to arrange for them to take Nancy in. Nancy stayed with them until she was delivered of her child. It appears that the baby, a boy, was born sometime in February 1806. It is a small wonder that Nancy named her son, Abraham.

Meanwhile back at the Enloe home at Soco, after Walker and Nancy had been gone for several weeks, neighbors began to think Mr. Enloe had done away with her. It even got to a point where the neighbors threatened Mr. Enloe with bodily harm. Mr. Enloe, still keeping his composure, had Mr. Walker arrange for Michael Tanner, a mule driver and horse trader, to take Nancy and the infant Abe from Puzzle Creek back to the Enloe place at Soco to satisfy concerned neighbors. It is worthy of note that Michael Tanner was Nancy Hanks’ natural father.

The boy-child so much resembled the legitimate heirs of Abraham Enloe that Sarah Enloe told 6-foot-4 Abraham Enloe to get that women and that child out of the household. It appears that Abraham heeded the demand and forthwith effected the transportation of Nancy Hanks and her off-spring to the Kentucky border where Mr. Enloe had relatives living at the time. It is widely believed it was late May 1806 when she was transported to the border. Shortly after her arrival in Kentucky, Mr. Enloe paid one of his employees, Mr. Thomas Lincoln, $500 dollars to marry Nancy on the promise that he would take care of her and her offspring. Thomas Lincoln and Nancy Hanks were married on June 12, 1806. The Rev. Jesse Head performed the marriage ceremony while discreetly keeping little Abe out of sight.”

So there we have more to the so-called legend.

We did hear from a detractor of this theory, of course. Mr. R.S. Pait of Baldenboro, who says, “I hope to my good Lord that Lincoln was not born in North Carolina.” His interesting letter includes two pages recounting Lincoln’s lesser-known, disreputable deeds, including “using troops against civilians in Baltimore” and “imprisoning dozens of opposition newspaper editors and burning their papers.”