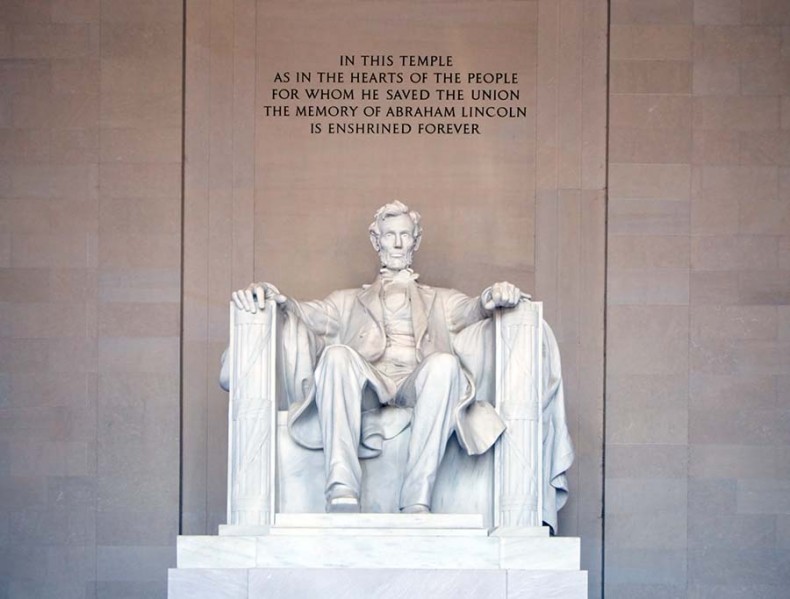 Carolina Country has earned the reputation for keeping lively the allegation that Abraham Lincoln, the 16th President of the United States, was born in rural North Carolina. We see no good reason for stopping now.

Our loyal puzzle-master Charles G. Joyner started it all in a February article a few years ago when he recirculated the story first published in 1899 by James H. Cathey, himself a North Carolinian from Jackson County. Cathey’s book, “The Genesis of Lincoln” (long since out of print, but still around in the rare books world), recounted several stories from people who were downright positive that Lincoln was born in about 1804 in rural Swain County.

There is no dispute that Abraham’s mother was Nancy Hanks. The dispute lies in where Nancy Hanks was when Abraham was born, and just when that was, and just who the father was.Most historians, and Honest Abe himself, say he was born on Feb. 12, 1809, the son of Nancy Hanks and Thomas Lincoln of Hardin (now LaRue) County, Ky. North Carolina fans claim he was the illegitimate son of Abram Enloe, a gentleman farmer who moved his family and maidservant Nancy Hanks from Rutherford County to the Ocunaluftee area of today’s Swain County while Nancy was pregnant with his child. Other North Carolina fans say Abram Enloe’s wife banished the pregnant Miss Hanks from the Enloes’ Swain County household, and the young women returned to the former Enloe stomping grounds in Rutherford County and delivered little Abe.

The North Carolina story has been told repeatedly over the past two centuries by Enloe family members, Honest Abe spotters and writers who cite interviews with reliable sources and hard-to-deny evidence, including photos of Abram Enloe’s descendants who look an awful lot like Abraham Lincoln (the long and angular face, the lanky build, arms that hang almost to the knees).

Carolina Country’s shameless resurrection of this dispute has attracted the attention of both sides.

Frank Young, of Macon County, N.C., and Dillard, Ga., not long ago published a book on the subject. It’s called “Nancy Hanks, Single Mother of Abraham Lincoln” and is still in circulation (go online or contact Frank Young at P.O. Box 22, Dillard, Ga. 30537). Mr. Young says Miss Hanks gave birth to little Abraham, son of Mr. Enloe, on Puzzle Creek near Bostic in Rutherford County, and that a local African-American midwife helped with the delivery. The local historical society has placed a marker in the vicinity to memorialize the place where the future president may very well have been born.

As in other accounts, Mr. Young reports that Thomas Lincoln drove wagons for Abram Enloe and was employed by Mr. Enloe to carry Miss Hanks and her infant son out of state. This was, says Mr. Young, the idea of Mr. Enloe’s wife, “so that he and Nancy could not romance again.”

But Tom Lincoln and Nancy Hanks did romance and were married on June 12, 1806, according to records from Washington County, Ky. They are, in fact, the earliest known records of the president’s mother. Unfortunately, no record comes later reporting that she gave birth to Abraham, nor whether she had a 2- or 3-year-old boy with her during her wedding.

A letter that Abe Lincoln wrote, published in the book “Abraham Lincoln: Speeches and Writings 1832–1858,” published by Library of America in 1989, includes this: “I was born Feb. 12th, 1809, in Hardin County, Kentucky.My father’s name is Thomas; my grandfather’s was Abraham, the same of my own.My grandfather went from Rockingham County in Virginia to Kentucky, about the year 1782; and, two years afterwards, was killed by Indians. . . Owing to my father being left an orphan at the age of six years, in poverty, and in a new country, he became a wholly uneducated man; which I suppose is the reason why I know so little of our family history.”

When he says “father,” we presume he’s referring to Thomas Lincoln. Of all the material we’ve seen on this subject, none of it has anything nice to say about Thomas Lincoln, and some of it says he was a nasty, wife-beating drunk and child abuser.

Tom Melton of Rutherford County, who is related to Lincoln’s nephew, says that Nancy Hanks was an illegitimate daughter of a local woman, Lucy Hanks, who was an itinerant spinner. He also mentions that Tom Lincoln was stocky and low-browed and not very smart, and that one of Mr. Enloe’s legitimate sons,Wesley, looked a lot like the President.

J. Bruce Thorn of Stokesdale in Guilford County told us that when he worked with The Lincoln National Life Insurance Co. of Fort Wayne, Ind., the resident historian rejected the claim that Abraham Lincoln was born a Tar Heel.Mr. Thorn declined to accept that entirely and traveled with his son to visit the reconstructed Enloe farmstead in Swain County where everyone swore they were kin to Abraham Lincoln and many of them looked very much like they weren’t lying.

Those who deny the future president was born here come up with so-called hard evidence that shows Thomas Lincoln was in Kentucky from 1786 to 1816 and nowhere near North Carolina, and that the North Carolina Nancy Hanks who knew Abram Enloe was a different Nancy Hanks than the one who was in Kentucky marrying Mr. Lincoln and giving birth to Sarah and later little Abraham.