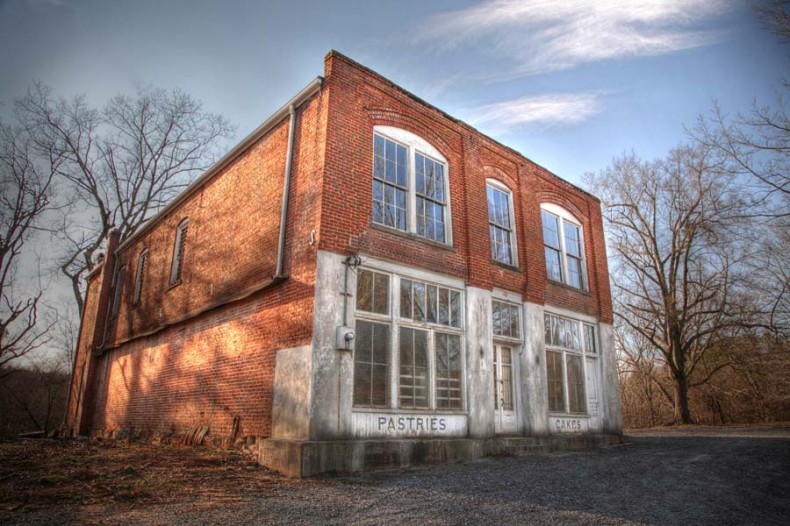 This empty bakery in Hildebran, NC, was the location chosen to depict "Mellark's Bakery," the business owned by Peeta Mellark's family in the popular 2012 film, "The Hunger Games." Photo by Ashley Fetner.

Located outside of Hildebran, along the Henry River in eastern Burke County, are the remnants of the mill village that was built around the Henry River Cotton Mill. Last spring the abandoned village served as the set for "District 12" in the filming of the drama "The Hunger Games," released across the country in the spring of 2012. 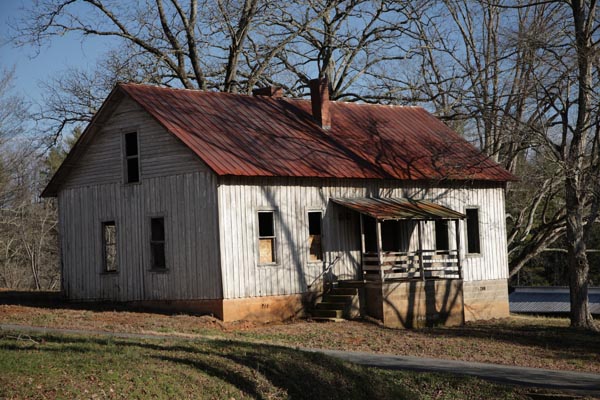 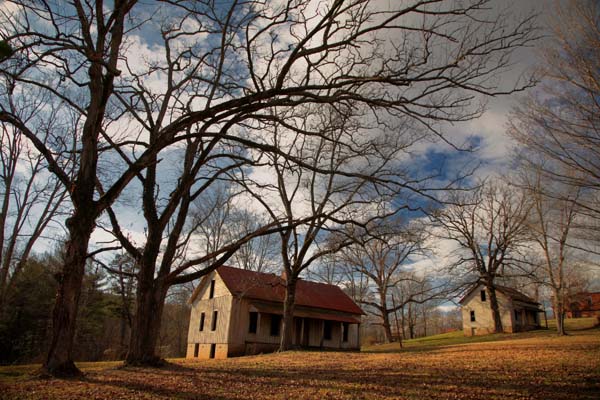 The textile mill, built in 1905, produced fine cotton yarn and was water-powered until 1914. During the next 12 years it operated on steam power, and in 1926 it was powered completely by electricity.

The Henry River Mill Village was a very active community with a company store and a boarding house, as well as individual homes for the textile workers and their families. The community not only had its own currency but also ran a school and church, generated its own electricity and had a water and fire protection system in place.

This was a community whose families not only worked together and played together, but also shared in the hard times. If there was ever a need, they were always willing to help each other. Even though the mill closed in the late 1960s, many of the families continued living there.

In 1976, the mill was purchased by a private owner hoping to reopen, but in 1977 the mill caught fire and burned completely down. The last resident moved out around 1987. Only the company store and a few houses remain to testify to the once thriving village that is part of the textile history of Burke County.

Ashley and Kay Fetner are members of Randolph EMC.