From Lineman to Movie Producer

Whenever he can, Dubea champions line crews’ courageous work and daily sacrifices, especially during major storms and disasters. In 2013, he funded the startup of Fallen Linemen Organization (fallenlinemen.org), a charity that raises money for wounded crews and their families.

The year before, his fleet maintenance company co-sponsored Drivin’ for Linemen 200, a NASCAR truck race at Gateway Motorsports Park in St. Louis, Missouri.

Now, Dubea can add “executive producer of a Hollywood movie” to his linemen tributes.

Released to theaters in November 2016, Life on the Line (rated R for some violence and strong language), an action drama starring John Travolta, tells the story of linemen, the hazards and the profession’s hidden side: The toll that the job’s long hours take on families.

“It’s the greatest job in the world, and I want to give back to an industry I love,” Dubea said of being a lineman. 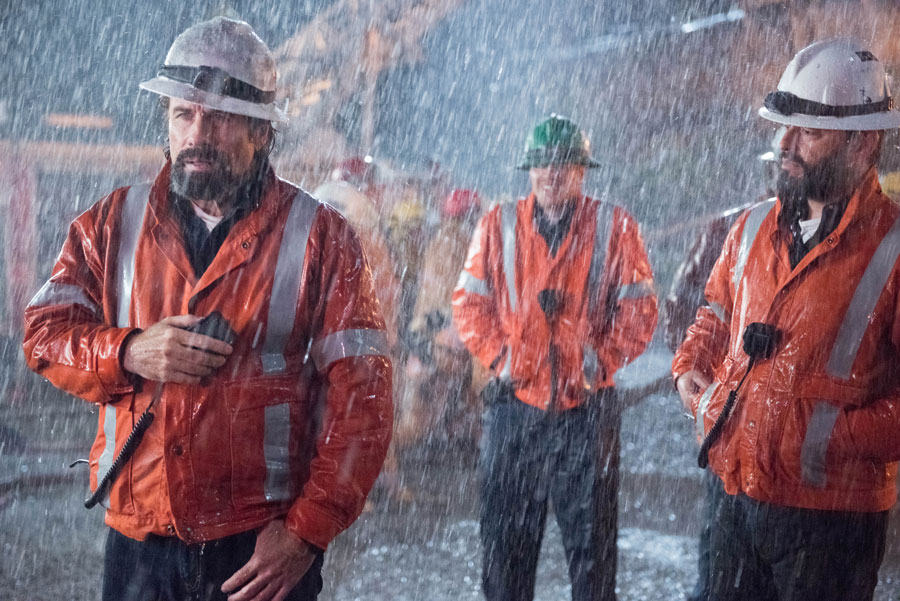 John Travolta showed moviegoers what it takes to be a lineworker in “Life on the Line.”

He came by it through bloodlines; his father and uncle worked in the electric utility industry.

“Men don’t like to talk much about our jobs,” said Dubea, who lives near Beaumont, Texas. The movie gives families of lineworkers and the general public “a small glimpse into what linemen go through while on the job or away from home.”

Dubea sold his power line construction company to help finance the $12 million film. Through business connections, he met screenwriter Primo Brown who went on to write the film’s original script. The writer researched the industry by attending safety training and compliance meetings at Dubea’s company.

“I learned what it takes to become a lineman and understood how important safety is on the job,” said Brown. “Being a lineman is an extremely hazardous occupation … the brave individuals that keep our lives energized have my utmost respect.”

Dubea’s experience had flashes of glamour. On a moment’s notice, he flew to the Cannes Film Festival in France, where he lunched with Hollywood film executive Harvey Weinstein in hopes of landing a distributor. He also met the movie’s star.

“John Travolta is extremely sincere. Anyone he met, he’d write or call back. He really gained an appreciation for what these men, women and families deal with on a regular basis,” said Dubea.

The movie was shot in Vancouver, Canada, and a good part of Dubea’s experience during production was fraught with tedium and frustration.

“Making a movie is very boring. They’ll shoot one scene and they’ll redo it several times. When you see the final movie, you can’t even tell that one part was shot at a different time,” he said. “They shot the end of the movie on the very first day to work around John’s schedule.”

Still, Dubea has no regrets. A plug at the end of the movie promotes the Fallen Linemen Organization, and he accomplished what many dream about: Making a Hollywood movie.

“I’m proud that I got this opportunity to bring the industry to life on the big screen. I hope we can all join together … to provide a safer, more rewarding industry for all.”