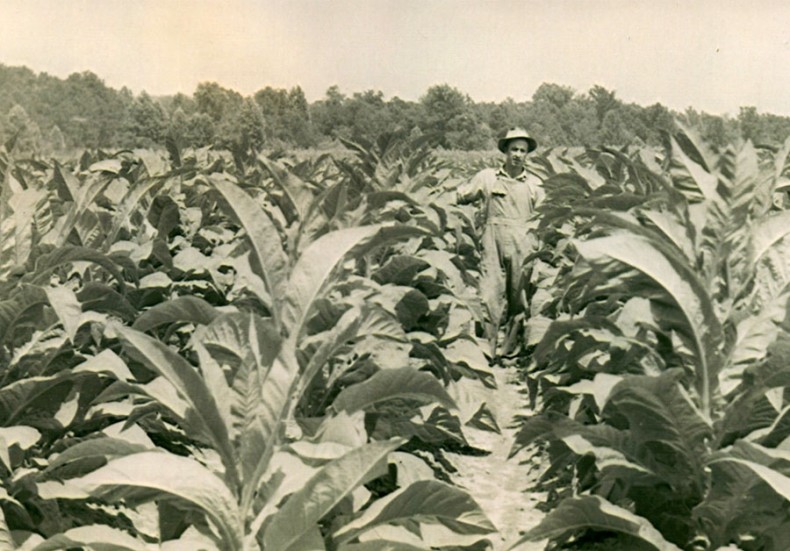 This is a picture of my dad, Willie Barnette, in his prized tobacco field in Zebulon. This picture was taken around 1945 by some man traveling around taking country pictures. He later mailed my dad a copy of the picture. He had expressed how beautiful dad’s tobacco was, saying it was the prettiest he had ever seen in all his country travels.

Dad was a sharecropper, and naturally, this was our family of four’s income. We did not have running water, bathrooms or even electric lights. Book Antone of Zebulon operated an appliance store. He told my dad he would wire the house for electrical if my dad would buy my mom an electric stove from him. Of course my mom was overjoyed to be able to bake biscuits (so good) in an electric stove. As my brother became a teenager, he got a bicycle with baskets on it. He worked after school for Ronald Phillips’ grocery store, delivering groceries to help with our income.