NC’s Oyster Trail is an Experience on the Half Shell

Visit seafood markets, farms and restaurants along our coast 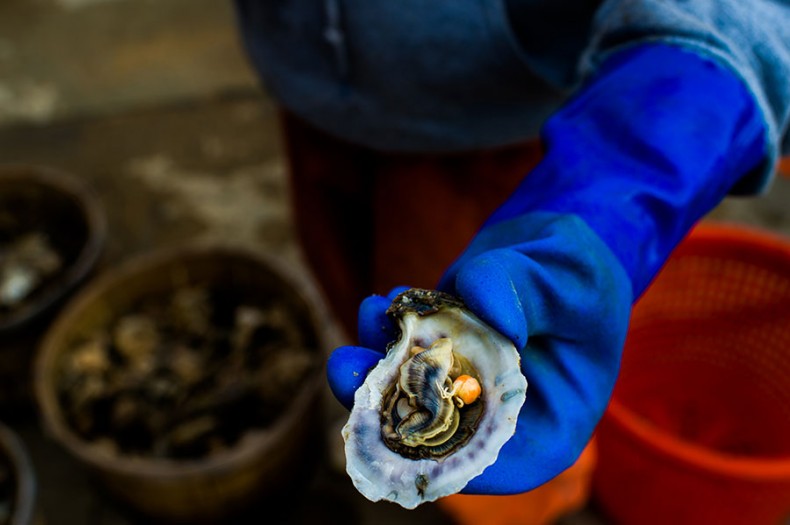 Whether being farmed fresh in coastal waters or served up at nearby restaurants and markets, oysters have been a sought-after commodity in the state since the late 1800s, according to The North Carolina Coastal Federation (NCCF).

Since May 2020, a new way to experience this bounty has been growing. Similar to California’s wine trails and Kentucky’s Bourbon Trail, the North Carolina Oyster Trail provides travelers with a new cultural and food trail to explore.

The Trail is a project of NCCF, NC Sea Grant and the NC Shellfish Growers Association. Its purpose is to teach people about oysters’ value for eating and protecting the environment.

How an oyster tastes is influenced by the body of water it comes from, the algae it feeds on, the strength of currents and tides, the mineral content of the seafloor, rainfall, temperature and season.

“[Oyster farm tours] will really take off when COVID becomes less of a concern,” Jane predicts. “Traveling by boat to see where your food is grown — that’s a special experience.”

One of the oyster farmers who will offer boat tours for visitors is Tom Cannon, a Jones-Onslow EMC member. At his Soundside Oyster Farms, he raises Soundside Salt and the saltier Topsail Salt oysters. 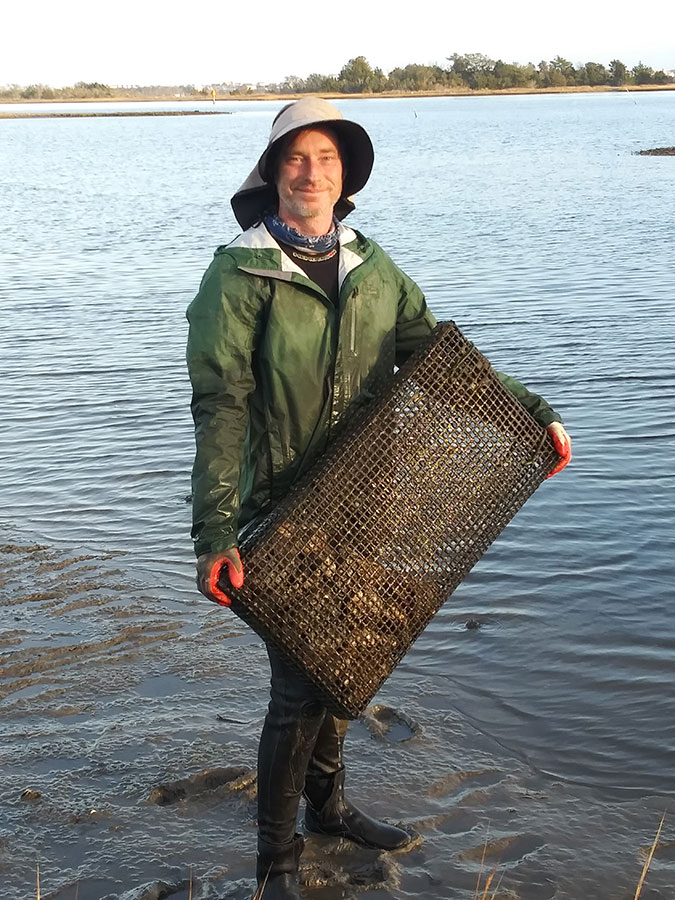 Tom’s interest in oysters began with a paper on oyster habitats and coastal restoration that he wrote while studying at Appalachian State University in Boone.

“The power of the oyster to help the environment intrigued me,” he explains. “Ten years later I was still interested, so I went out on a friend’s boat [to see his oyster farm]. Four years later, I’ve got my own farm.”

The best part of oyster farming is “watching something grow, seeing it get better and better and helping it,” Tom says. And while the work can be hard, “you know you’ve accomplished something great on tough days.”

Tom reveals the challenges of oyster farming to include regulatory hurdles and keeping things running in a saltwater environment. “An estuary is a harsh environment for engines and metal parts.”

He buys oyster seed (also known as “spat”) from a nearby oyster nursery. He places the one-quarter-inch oysters into mesh bags that he puts into steel cages, which float in the waters of Topsail, Stump and Middle Sounds. As the oysters grow, he sorts and places them into larger mesh bags.

It takes nine to 18 months for the spats to grow large enough for harvesting. Tom starts two to three crops annually. 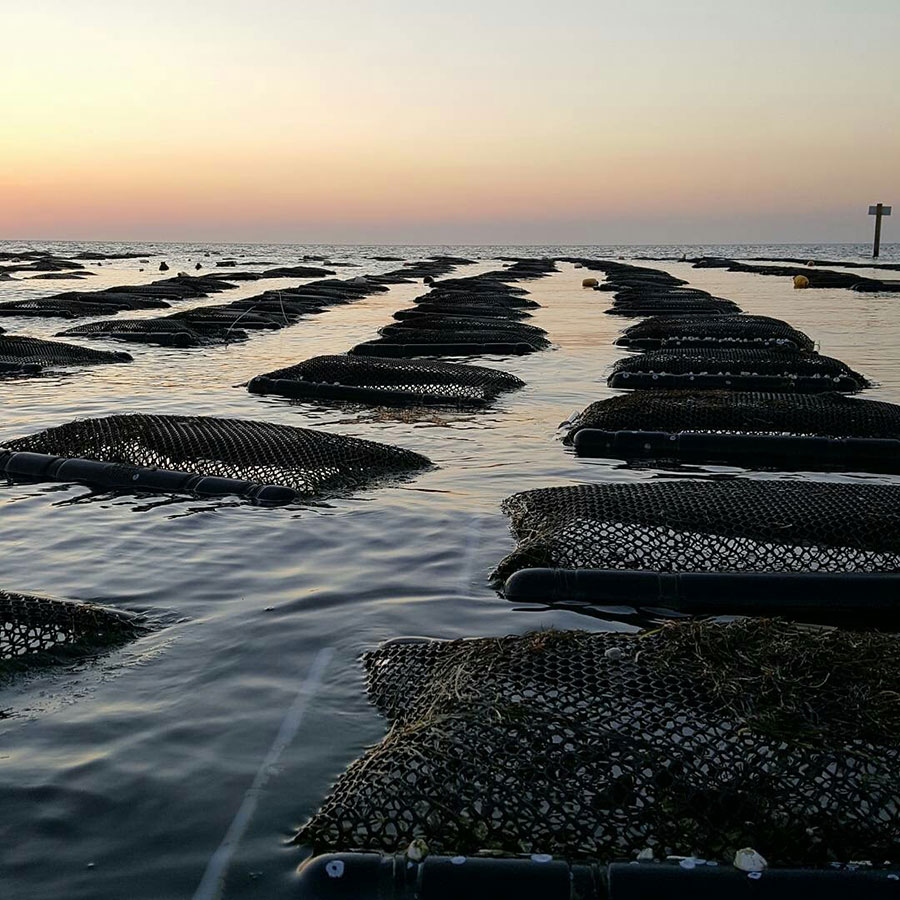 Although raw oysters might be a bit of an acquired taste, they can be prepared and cooked in all manner of ways, and Tom is quick to point out that they are one of the healthiest proteins you can eat.

“They have vitamins A, B, C and D, and good minerals — iron, calcium and zinc,” he says.

Connoisseurs can pick out differences in flavor based on the waters in which oysters are grown. That variance is termed “merroir.”

Jane Harrison explains merroir as “how local environmental conditions influence the oyster’s flavor profile. How an oyster tastes is influenced by the body of water it comes from, the algae it feeds on, the strength of currents and tides, the mineral content of the seafloor, rainfall, temperature and season.”

Tideland EMC member Janille Turner and her husband, George, own the Ocracoke Oyster Company — one of the many restaurants found on the Oyster Trail, and the only oyster restaurant on Ocracoke Island. 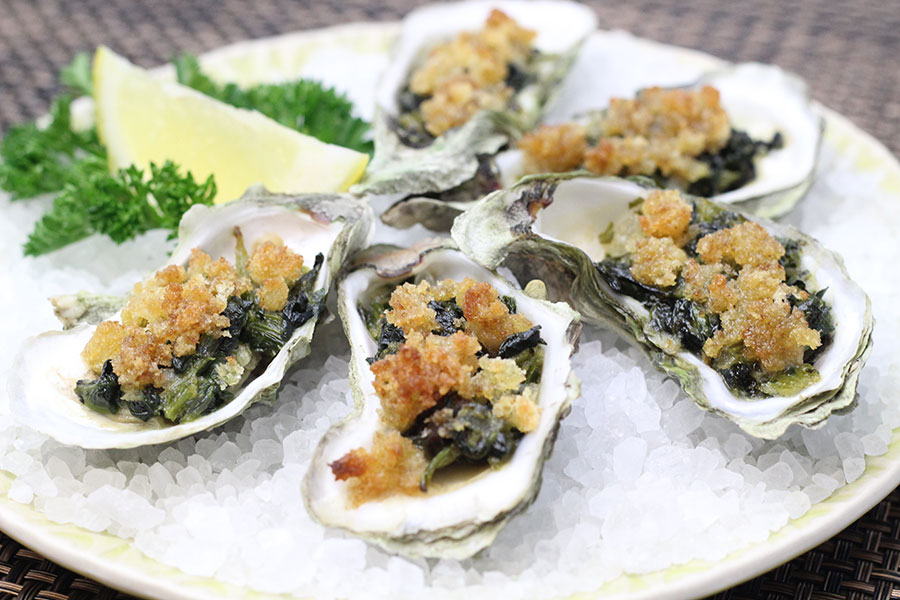 Like other oyster restaurant owners, Janille and her husband are hoping the Oyster Trail helps folks discover them and their oysters.

“We get all of our oysters locally, two or three days a week, and they are always fresh,” Janille says. “We shuck all of them here.”

The restaurant’s most popular oyster order is a combo platter with three kinds of baked oysters. Janille says that after trying this dish, “most people order a dozen of whichever type of oysters they liked the most.”

By offering education, entertainment and delicious food, the NC Oyster Trail should become a real asset to NC visitors and residents. And it’s all because of oysters.

“Oysters are the most amazing things — technically speaking,” Tom says. “Created by nature, and the perfect sustainable food.”

Plan your trip on the NC Oyster Trail

This interactive map is a great way to find oysters near you.