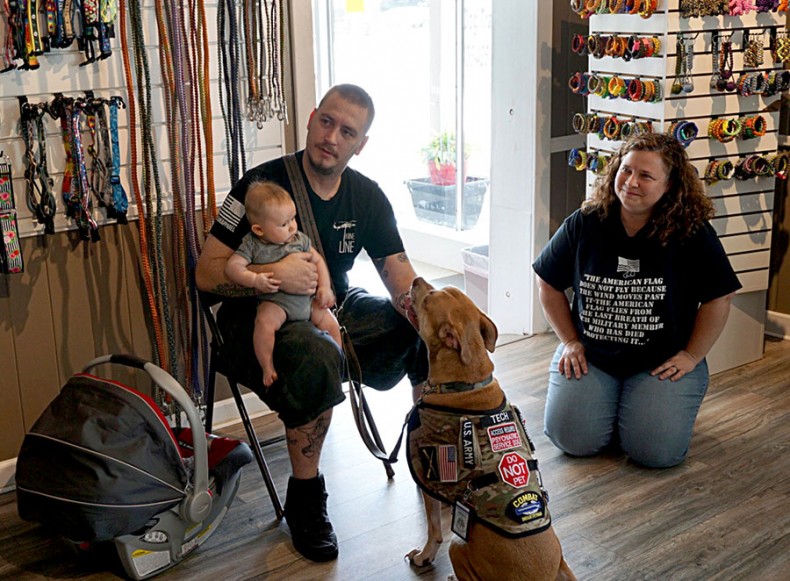 Dylan talks about his experience in Afghanistan while Tech, a Pitt Bull mix, keeps a watchful eye on his young son.

Tommy, an Iraqi War Veteran and Purple Heart recipient, is casually scratching the surface of a heavy memory, the way veterans tend to do.

“I always had issues, and everyone knew it, but nobody would say anything,” he admits.
After his tours in Iraq, Tommy was diagnosed with post-traumatic stress disorder (PTSD) and a traumatic brain injury (TBI). For a long time, he struggled with his injuries.

Within a couple of weeks, you can see the difference,” says the program’s director, Brigette Parsons. “They have purpose again — they have a goal. It’s huge.

But that was before he encountered Saving Grace K9s.

On the floor beside Tommy, calmly observing the room, sits King, a 5-year-old German Shepherd. King is Tommy’s psychiatric service dog. At Saving Grace K9s’ storefront headquarters in Lexington, veterans and their dogs gathered to talk about their experiences.

“I couldn’t be around crowds,” says Don, a Vietnam veteran who was paired with a chocolate lab named Bear. “I would have a problem going into Walmart, especially during the holidays. I can go in now.”

Saving Grace depends solely on donations to cover the cost of training a service dog — nearly $1,500 each. In April, Statesville-based electric co-op EnergyUnited provided a $10,000 Operation Round-Up grant to the group, funded by members who opted to round up their bill to the next dollar. 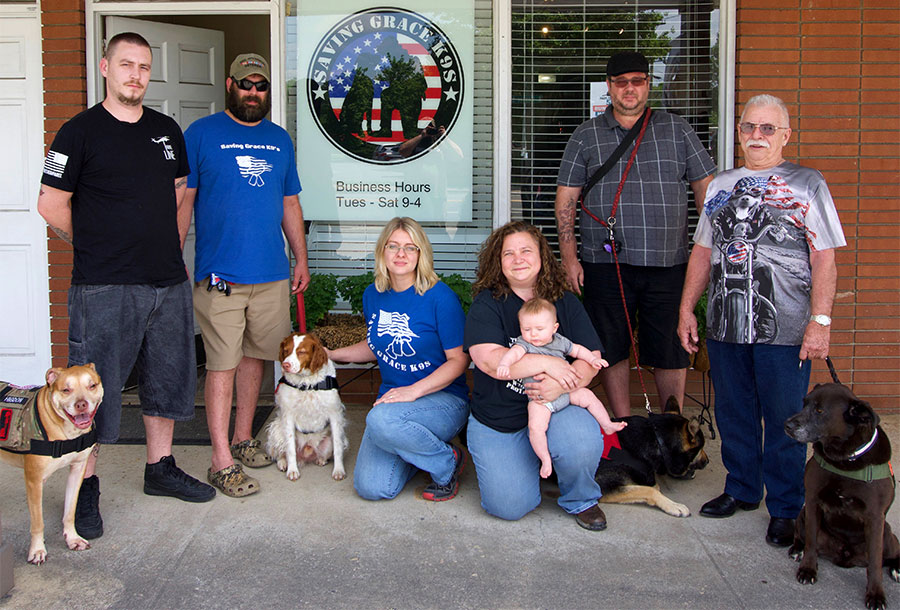 “I get to see the changes. Within a couple of weeks, you can see the difference,” says the program’s director, Brigette Parsons. “They have purpose again — they have a goal. It’s huge.”

Saving Grace was Brigette’s dream. Her husband, James, was the first graduate of the program. She handles much of the grant writing and fundraising needed to keep their training funded. She even creates handmade items, including leashes fashioned out of paracord, that the organization sells online and at street festivals.

Katherine Carter is the lead trainer for the organization. Kat has worked with every dog that has come through the program since it began in December 2014. She designed the training and has used it to successfully pair 85 dogs.

The group typically trains 35 to 40 veterans at a time, working with groups and individuals. All services are provided at no cost. Qualifying veterans carry a diagnosis of combat-related PTSD and/or a TBI. Service dogs are particularly helpful for veterans with this diagnosis.

“Once you’re in civilian life, you don’t have that fellow servicemember that you trust anymore,” Brigette explains. “The dogs have their backs.” 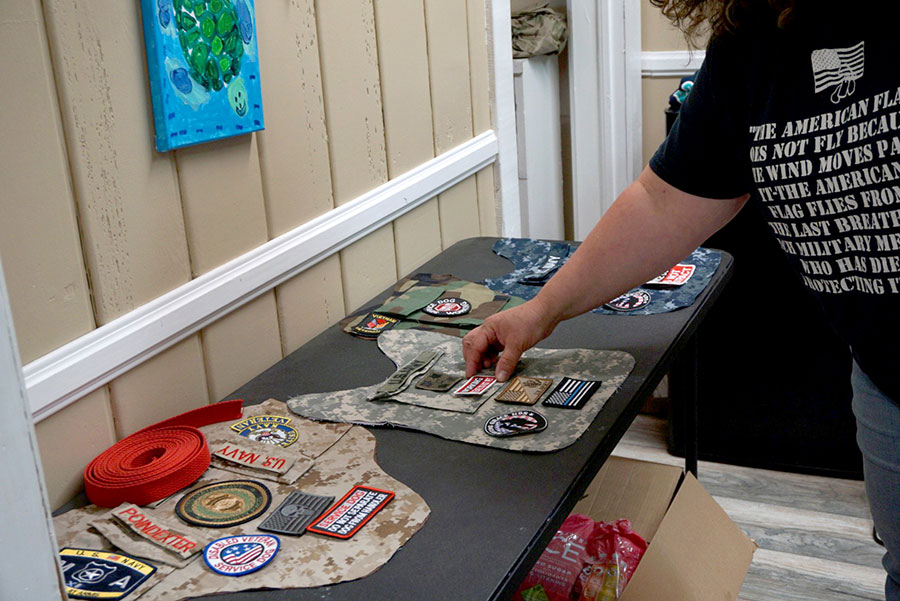 Saving Grace trains psychiatric service dogs in specific tasks to help the veteran. Service dogs are legally distinct from therapy dogs, which provide therapeutic assistance, often in hospitals and nursing homes. They also differ from emotional support animals, which offer support in the home but are not permitted public access.

Sometimes the dogs are even mistaken for retired military working dogs. But though all these animals have important jobs, the service dog is unique.

“A service dog can go anywhere that the handler can go,” Kat says. “They are the same as a wheelchair or an oxygen tank — they are legally considered medical equipment.”

But you don’t need to fully understand what a service dog is to experience the benefits.

“We were at the VA, and this woman was having a really hard time. I was doing alright, so I took King over there. It made her feel 100 percent better,” Tommy says. “Sometimes it helps others, too.”

How You Can Help

Discover 8 ways you can support this unique organization by visiting their website.

Photographer Jason Binkley is a disabled combat veteran. His wife, writer Erin Binkley, is on staff at Carolina Country.