A Life in Postcards - Carolina Country
Carolina People
May 2019

A Life in Postcards

Walter Pinchbeck rode the rails but found a home in NC 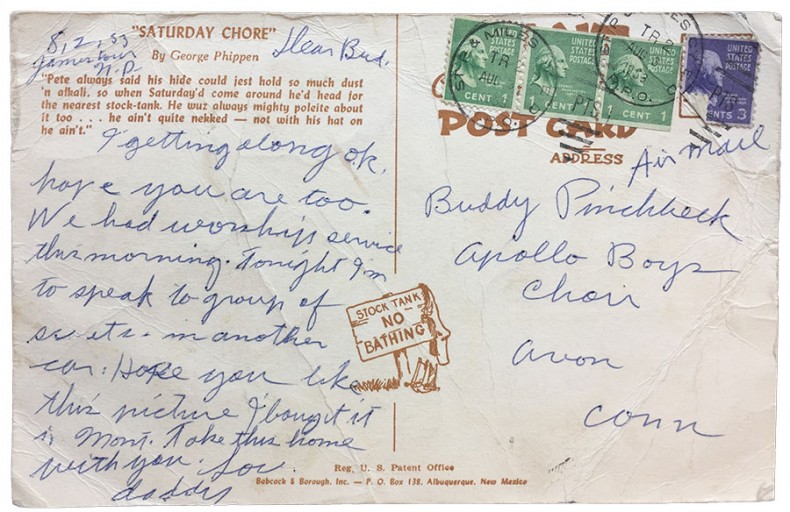 This postcard, dated August 1953, is one of many letters Walter sent to his family. See more.

The late Walter Pinchbeck made an indelible mark on southeastern North Carolina during his life there, although he described his arrival in more humble terms. “I hoboed in here on a freight train in 1931 — liked the place when I got off, and I’ve been here ever since.” 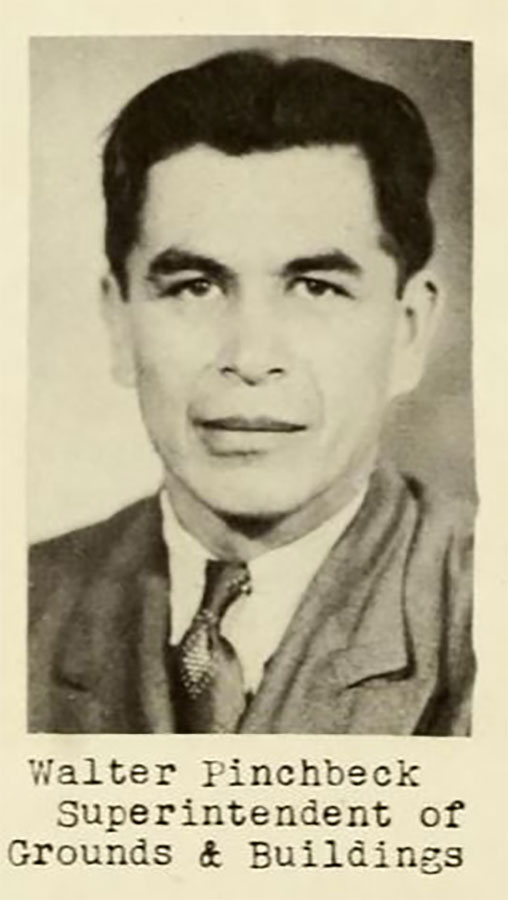 When he jumped off that train, he landed in the Lumbee Indian’s country of blue skies and pine needles: Pembroke. Walter was coming to meet a family he had only known through letters and photos they exchanged in the interwar period. While serving the U.S. Army in the Philippines with Battery C of the 59th Coast Artillery, Pfc. Pinchbeck, a member of the Cree Tribe from Montana, met a soldier from Pembroke in the late 1920s.

After corresponding with his new friend’s family, Walter decided he would come to visit. His transportation was a freight car on an eastbound cargo train in the fall of 1931.

During the 1920s, Walter traveled the West Coast by train as a transient worker, learning countless skills and survival techniques.

In Pembroke, Walter met his future wife, Bertha, a member of the Lumbee Tribe. They would raise six children together. He also put his skills to work leading a group of Boy Scouts, which was the first American Indian troop in the country, according to Lumbee historian Malinda Maynor Lowry. These boys traveled with Walter to the West Coast, learning skills that would serve them well later in life.

An adventure, in postcards

In one trip to the Boy Scouts of America’s (BSA) third National Jamboree in Irvine Ranch, California, Walter wrote his family over a dozen postcards, from July to August of 1953.

Using the commemorative stamp for the BSA Jamboree on July 21, Walter writes from Irvine Ranch to tell his daughter that he had a cold shave. The same week, he would send her a postcard from Newport Harbor, California. When this postcard is opened, an accordion of color photos spills out, showing the beautiful blue water and sky of the west coast city; a place that must have seemed too distant to imagine for the young girl in rural NC. 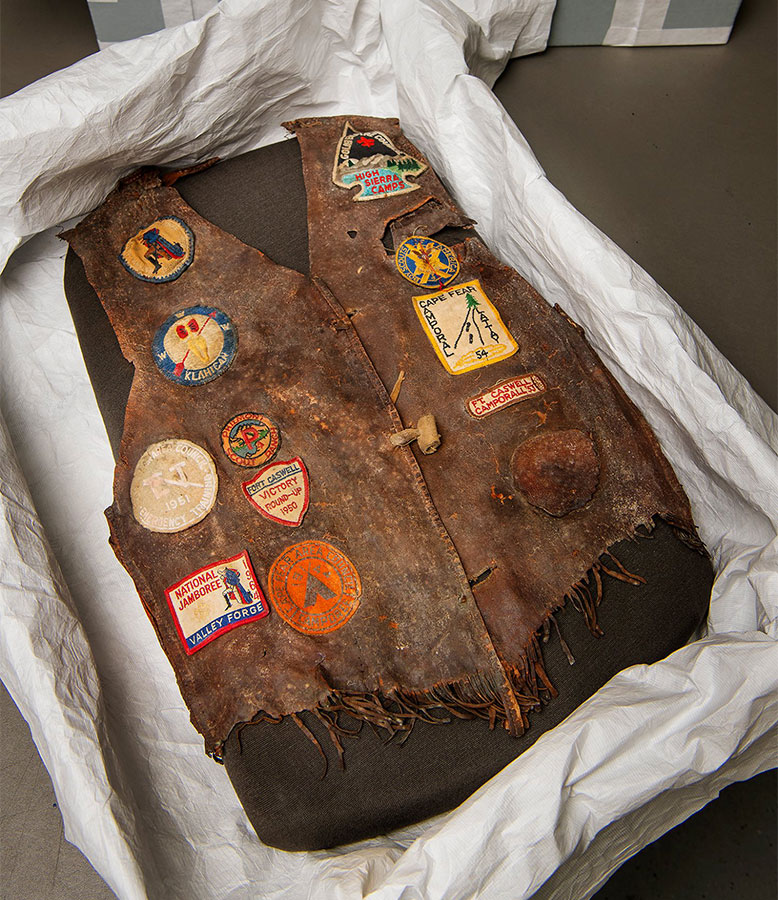 A leather vest made by Walter, adorned with Boy Scout patches

Most of the postcards were written to his wife and children. Walter wrote the longest postcard to Bertha. The message goes from the coast to the mountains of Northern California. The cardboard map was sent on July 27, 1953, as Walter was beginning his cross-continental return home.

The very next day, he wrote on the back of the Golden Gate Bridge to his son Bud Pinchbeck, a member of the Apollo Boys Choir. From there the postcards show the scenery and tell the story of a father and husband looking forward to coming home.

Beyond his trips and leadership of the Boy Scouts, Walter worked as the superintendent and night watchman for Pembroke State College, now UNC Pembroke, before retiring in 1969. The physical plant building on campus is named after him, honoring his 28 years of dedicated service.

The university now curates his postcard collection, which displays a personal side to this legendary man. They remind his family of his desire to share with them every gorgeous vista as he travelled home.

In a note to Bertha in late July of 1953, he talks of pretty mountains, salmon steaks, and then signs off by admitting that he is gaining weight on the trip — “Love, Walt.” 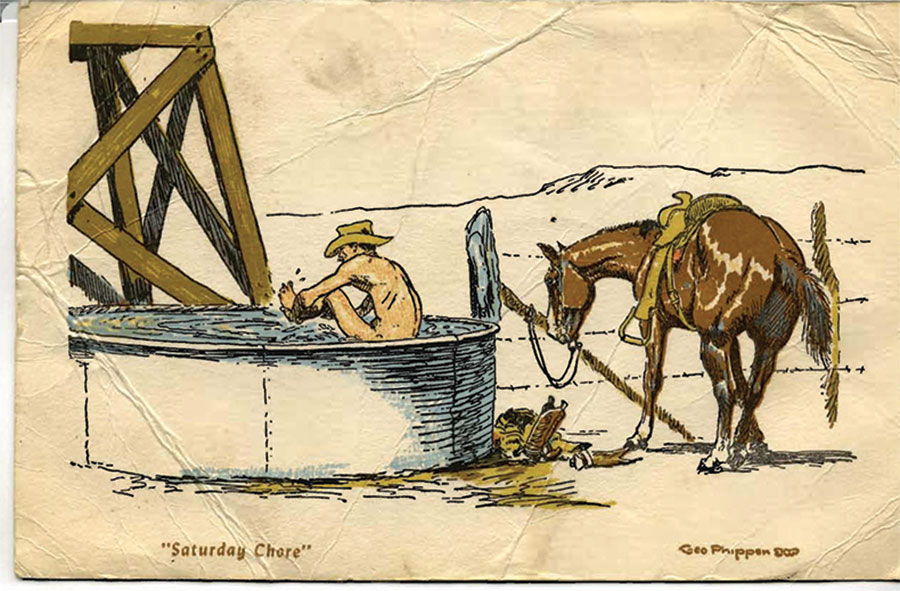 See more of the transcontinental postcards Walter sent to his family.