Heath Trigg is fulfilling a dream at Heritage Flag Co.

Before the summer of 2014, small business owner Heath Trigg worked in construction and cabinetry for residential homes across the Sandhills area of North Carolina. Living in Southern Pines, Heath became known for his craft in woodworking cabinets. That summer, two veterans approached Heath with a proposal.

Heath knew the guys wanted the bar done with whiskey and wine barrels in which the beer was aged.

“These guys wanted my help in creating a bar for a brewery they were starting. At the time, we were slammed with construction work and didn’t have the time to devote to a custom job like this,” Heath explains. “They stayed on me about it. I would show up at the office, and there would be craft beer waiting on the doorstep. So, I finally said, give me a budget, and I will get it done.” 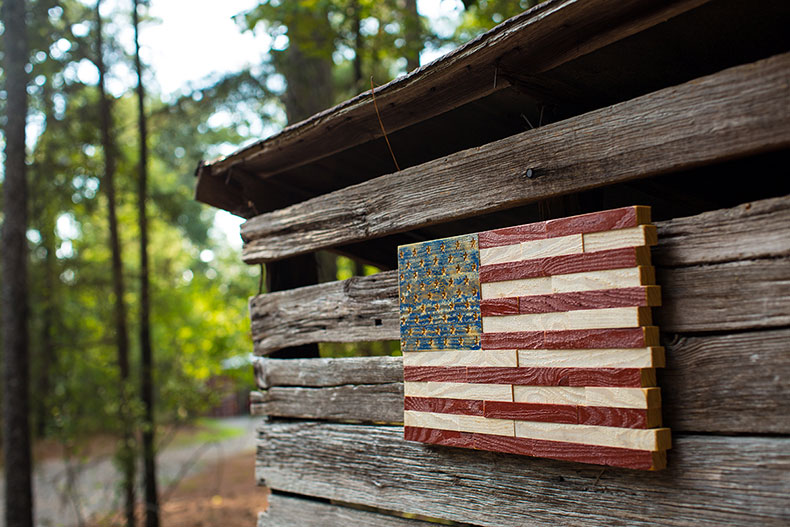 Upon the opening of the brewery — Southern Pines Brewing Co. — community members were very impressed by the craftsmanship.

Heath wasn’t done just yet; he and his wife knew that they wanted to create a unique gift for the two veterans.

“It came to me in a dream, an American flag made of whiskey, bourbon and wine barrels.” 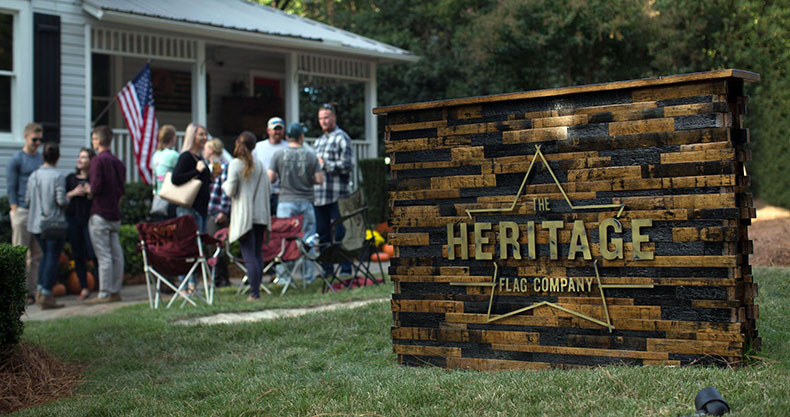 That night he grabbed a notebook and sketched out his idea and the materials needed to create the first heritage flag, which is displayed in the taproom of Southern Pines Brewing Co.

An unpredictable series of events led to Heath presenting another flag to a three-star general at the Pentagon a few months later. During that trip, a private tour of Arlington changed the course of Heath’s life.

Heath’s time at Arlington opened up his eyes to a whole world of sacrifice he hadn’t considered. 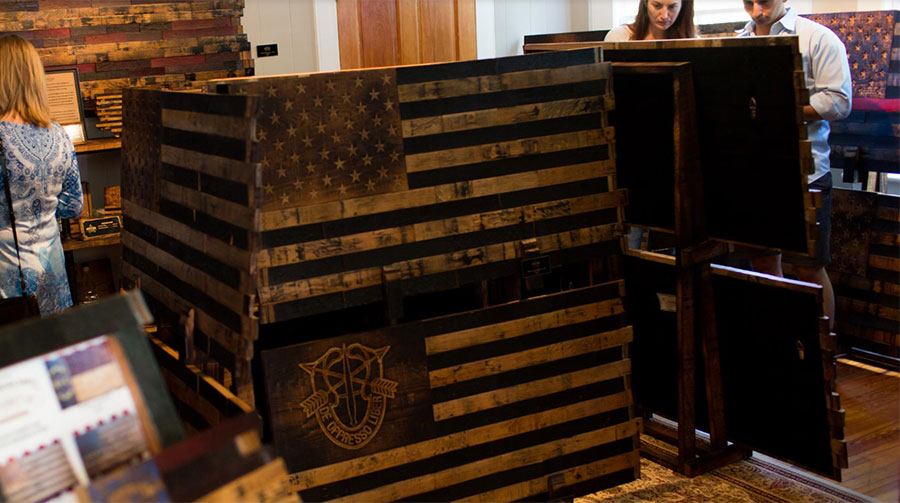 “Arlington changed everything for me,” he says. “While I had two very successful businesses at the time, I came home from that trip and told my guys, ‘I’m chasing the flag. If you need to do something else to support your family, now is the time to start looking.’ And I didn’t lose a single guy.”

The process of acquiring the barrels can be quite daunting. Heath explains that bourbon takes an average of six years to age but can take up to 20 years.

“Most people don’t realize that bourbon, wine and scotch companies don’t own their barrels. So, we wait until shipments of aged barrels are available and place our order. Each barrel has its own story, and no two flags are the same.” 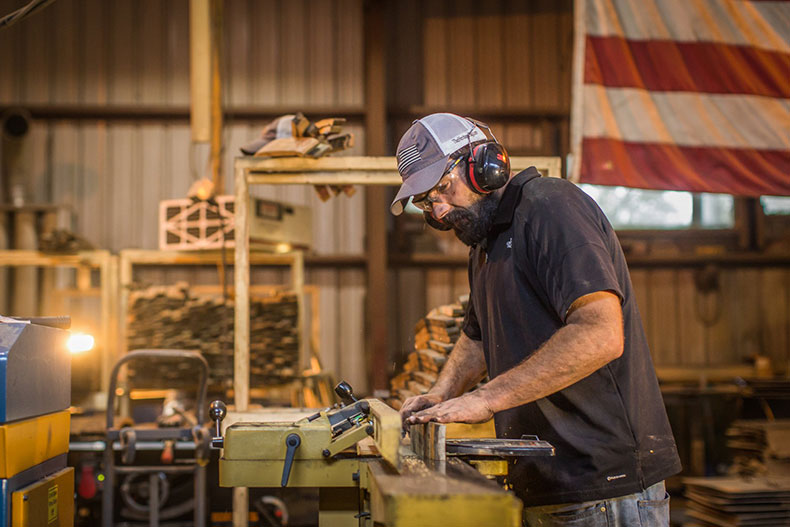 Despite the economic downturn, the future for Heritage Flag Company is bright.

“We’re in a completely different landscape than we were two years ago,” Heath says. “This thing went from zero to a million miles an hour, and we’ve spent years chasing our tails to catch up with demand. From here, we will continue to offer great quality flags and improve our process so that we’re around for years to come.”

Seth Allen is the communications specialist at Pee Dee Electric in Wadesboro.