James E. Webb laid the foundation for the moon landing 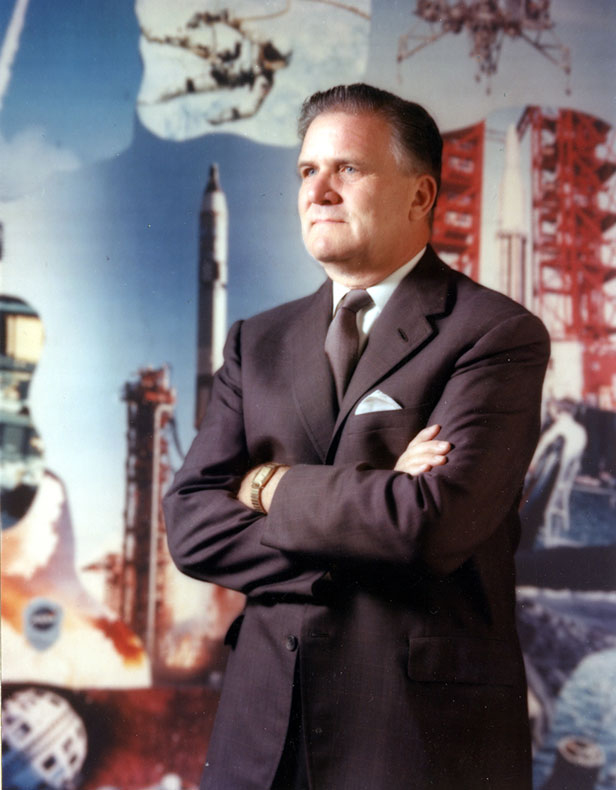 Webb was born in Tally Ho in Granville County and grew up in Oxford. His father, J.F. Webb, was Granville County School Superintendent. J.F. and his wife, Sarah, stressed academics, hard work and integrity.

Webb graduated from the University of North Carolina at Chapel Hill in 1928 with a degree in Education. He returned to Oxford and worked by day as a clerk for local businessman R.G. Lassiter. By night, Webb “studied law” as a law clerk with an Oxford attorney, a foundation he later built on with a law degree from Georgetown University.

In 1930, Webb answered an ad in the New York Times for Marine aviators. He trained to be a Marine biplane pilot in Quantico, Virginia, and re-enlisted during World War II to serve as a major at Cherry Point.

Between 1932 and 1960, Webb climbed to executive-level positions for Sperry Gyroscope Corporation and Kerr-McGee in Brooklyn and Oklahoma. Webb also worked for NC Congressman Edward W. Pou and practiced law in a Washington, D.C., Law Firm. He served as the Director of Bureau of the Budget in 1944 (where he balanced the U.S. budget) and was appointed Under Secretary of State in 1949.

From that fateful meeting, Webb went on to lead and restructure NASA. Its staff grew to 35,000, supporting an additional 400,000 contractors, and Webb successfully increased the moon landing budget from $8 billion to $20 billion (much closer to the Apollo program’s final $25 billion price tag.)

In 1961, Webb was invited to the White House by President John F. Kennedy to discuss the position of NASA Administrator. He intended to refuse any such offer. However, after meeting with the president in the Oval Office, Webb suddenly found himself being steered onto the White House Portico — President Kennedy was slapping him on the back, handing him a cigar and congratulating him on his appointment. The Press Corps was there, firing questions at Webb. His wife, Patsy, was surprised to hear the announcement on the radio.

From that fateful meeting, Webb went on to lead and restructure NASA. Its staff grew to 35,000, supporting an additional 400,000 contractors, and Webb successfully increased the moon landing budget from $8 billion to $20 billion (much closer to the Apollo program’s final $25 billion price tag.)

Webb dressed impeccably, was always polite and retained his disarming Southern accent. He refused to use a government limousine due to its cost to taxpayers, instead always hailing a Black Checker Taxi.

He created invaluable partnerships between NASA and universities. His personal agenda promoted science, technology and the Apollo Program to strengthen the United States educationally and economically.

In 1967, three Apollo I astronauts died in a flash fire during launch pad tests at Kennedy Space Center. Webb withstood torrents of criticism and took a major beating from Congress. He succeeded in saving the space program by setting himself up as the lightning rod, taking full responsibility for the tragedy. Webb worked seven days a week for six months after the Apollo fire to get NASA back on track and gain renewed confidence in the space program.

He left NASA in October 1968 — ahead of the first moon landing on July 20, 1969 — so that President Nixon could name his own administrator. But the success of the Apollo XI mission was credited largely to Webb’s dedicated efforts from 1961 through 1968.

Webb was awarded the Presidential Medal of Freedom by President Johnson in 1969, and went on to serve as a Regent of the Smithsonian Institute. He died on March 27, 1992, at the age of 85. His grave marker at Arlington National Cemetery states simply: “Lt. Colonel, U.S. Marine Corps, Public Servant.” NASA’s newest deep-space telescope is named for Webb. From rural Granville County to Administrator of NASA, his legacy has touched all our lives and will live on.

Read the author’s personal account of a visit to James Webb’s study and other memories of her husband’s “Uncle Jim.”

A visit to "Uncle Jim"